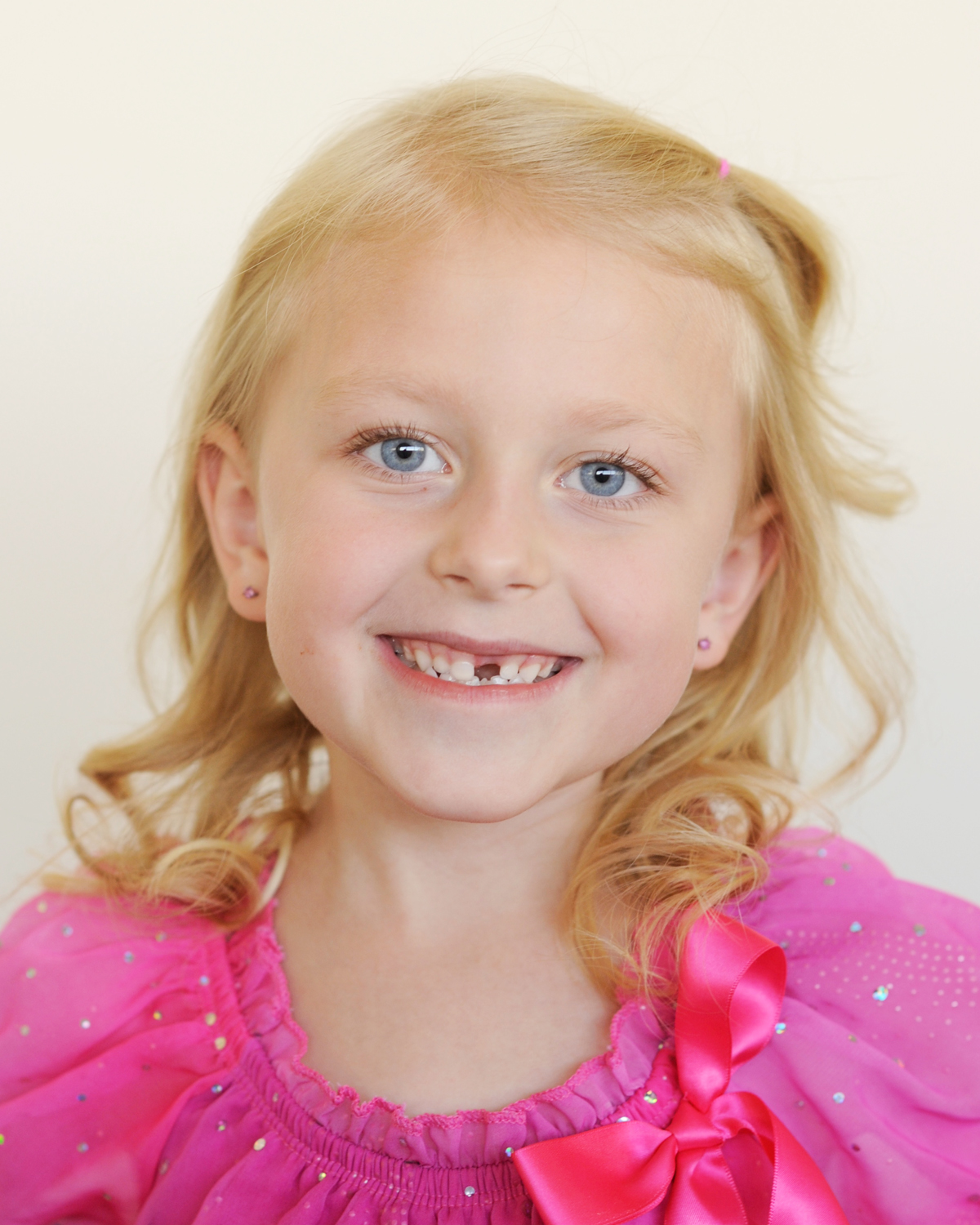 DAKOTA TYLER BOHMAN is 8 years old and will be going into the fourth grade next year. Her favorite subjects are reading and art. This is her second Landmark Musicals production, (she was Molly in Annie in 2012), and her fifth production overall. When she is not busy working on a show. she enjoys singing and spending her time at the dance studio. She is so appreciative to have the opportunity to work at this level of professionalism with such a wonderful cast. 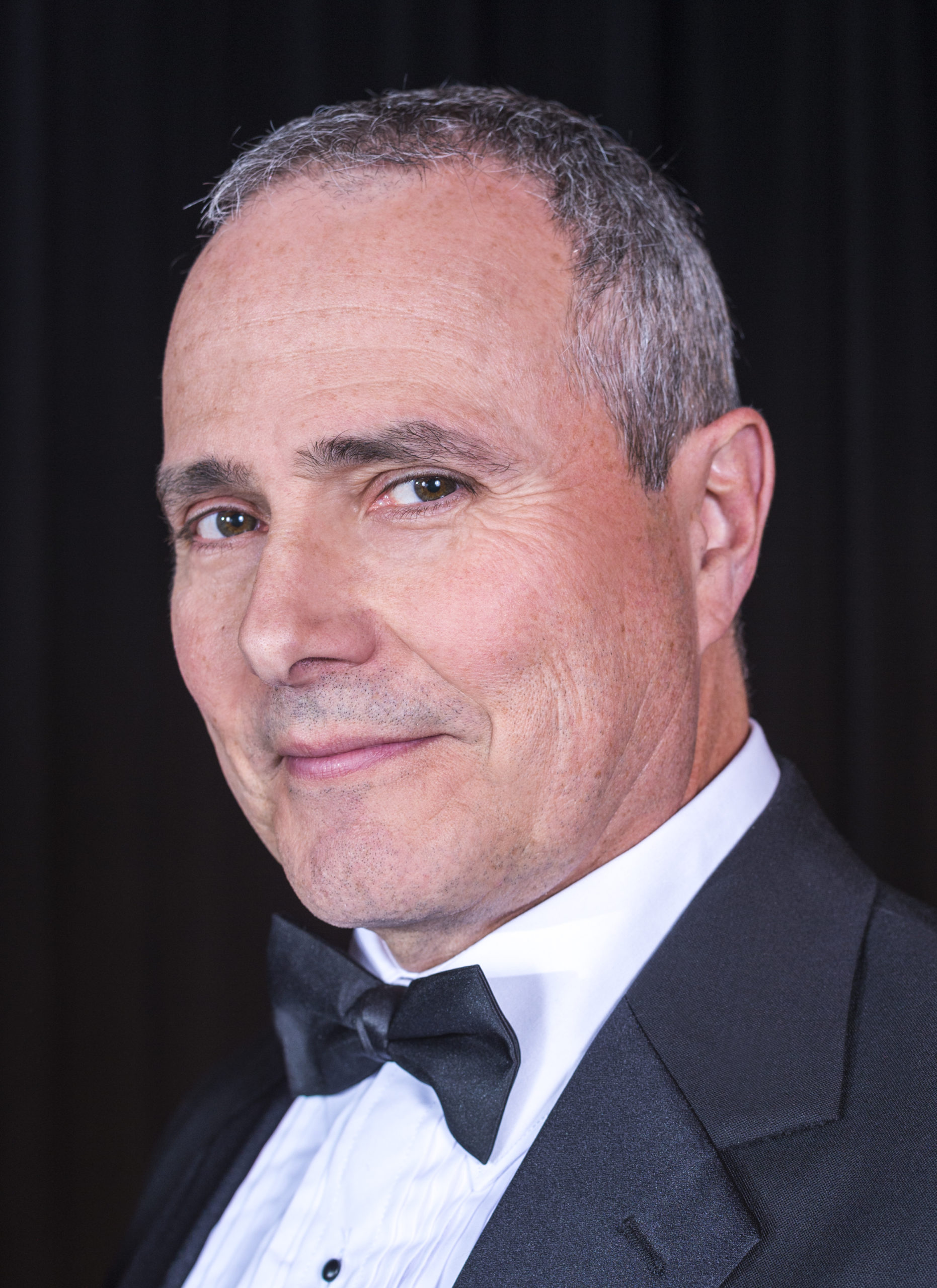 DAN SPARACINO has been absent from theater since 2003. It was an excused absence during which he helped raise two daughters, Nikki, 16, and Mari ,18; retire from city government in 2011; continue work as a telecommunications program manager for Black Box; earn a third degree black belt in Chuan Fa Kenpo; and, somehow, manage to celebrate his 20th anniversary this year with his incredibly tolerant wife, Heidi. Grateful to work with old friends-and new!

DANA WORKMAN has performed in productions of South Pacific, The King and I, Once Upon a Mattress and Godspell. She left college to pursue music in the San Francisco Bay Area and eventually raise a family. She recently completed a B.A. in voice. She has additional training in theatre and opera. In her spare time she sings in her church choir, assists with a new children’s choir, and is with her family. 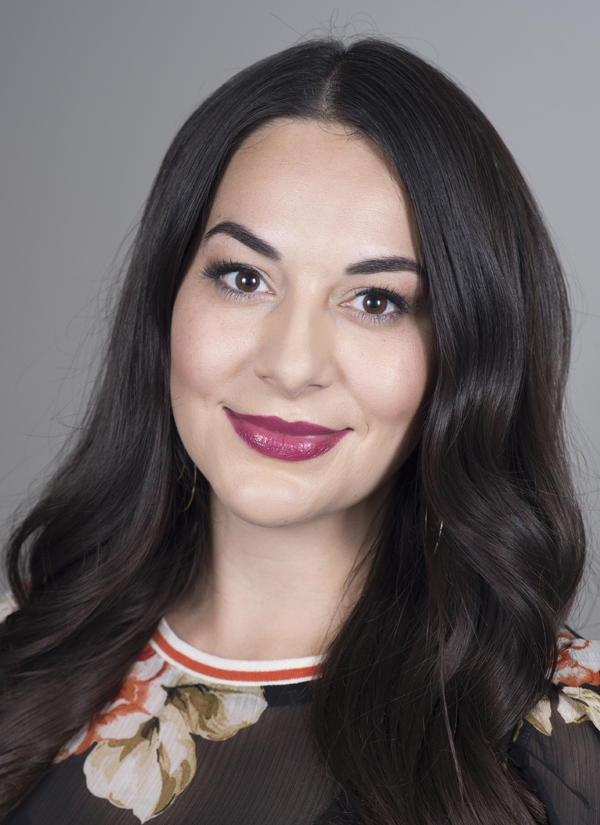 DANIELA DEUEL is delighted to return to Landmark. An avid performer, her highlight roles include: Emma Carew in Jekyll & Hyde (MTS), Marian Paroo in The Music Man (Landmark), Hodel in Fiddler on the Roof (Landmark), and Antonia in Man of La Mancha (Landmark). Special thanks to Laurie, the cast and crew, and my loved ones.

DANIELA SANCHEZ has been performing in Albuquerque for the past several years. Some of her favorite roles include a mouse in A Year With Frog and Toad, JoJo in Seussical the Musical, and Little Ti Moune in Once on This Island. She was also seen in Cats and Willy Wonka. Daniela takes voice lessons with Lorn Oliver and classes with The Growing Stage. 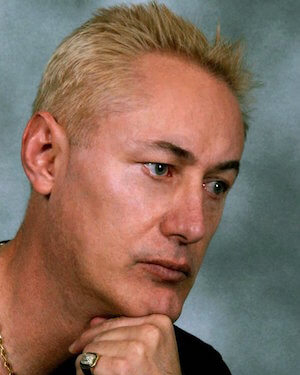 DARBY FEGAN (Resident Music Director) has been the music director/conductor for 150 musicals and operas over the last 30 years, with Fegan joining Landmark Musicals in 2014. Fegan is the former Associate Music Director for Opera Southwest, as well as a former faculty member of UNM, and NMHU. Since 1999, Fegan has been a faculty member at Sandia Preparatory School, where he has served as choral director, music director for the music theater program, as well as Chair of Performing Arts. Since 2000, Fegan has also served as Chair of Performing Arts for the “Think Summer!” program at Albuquerque Academy. Fegan is a graduate of Southern Methodist University, where he received his master’s degree in Piano Performance, and where he was the recipient of a Meadows Dean three year fellowship. Fegan remains active as a recitialist and musical collaborator, as well as maintaining a private studio for piano and voice.

DARYL STREETER was introduced to musical theater in high school with a production of Guys and Dolls and was hooked. Over the years he has performed and directed. Locally, he has had featured roles in Bells Are Ringing and A Funny Thing Happened on the Way to the Forum. He is a professional photographer and filmmaker. 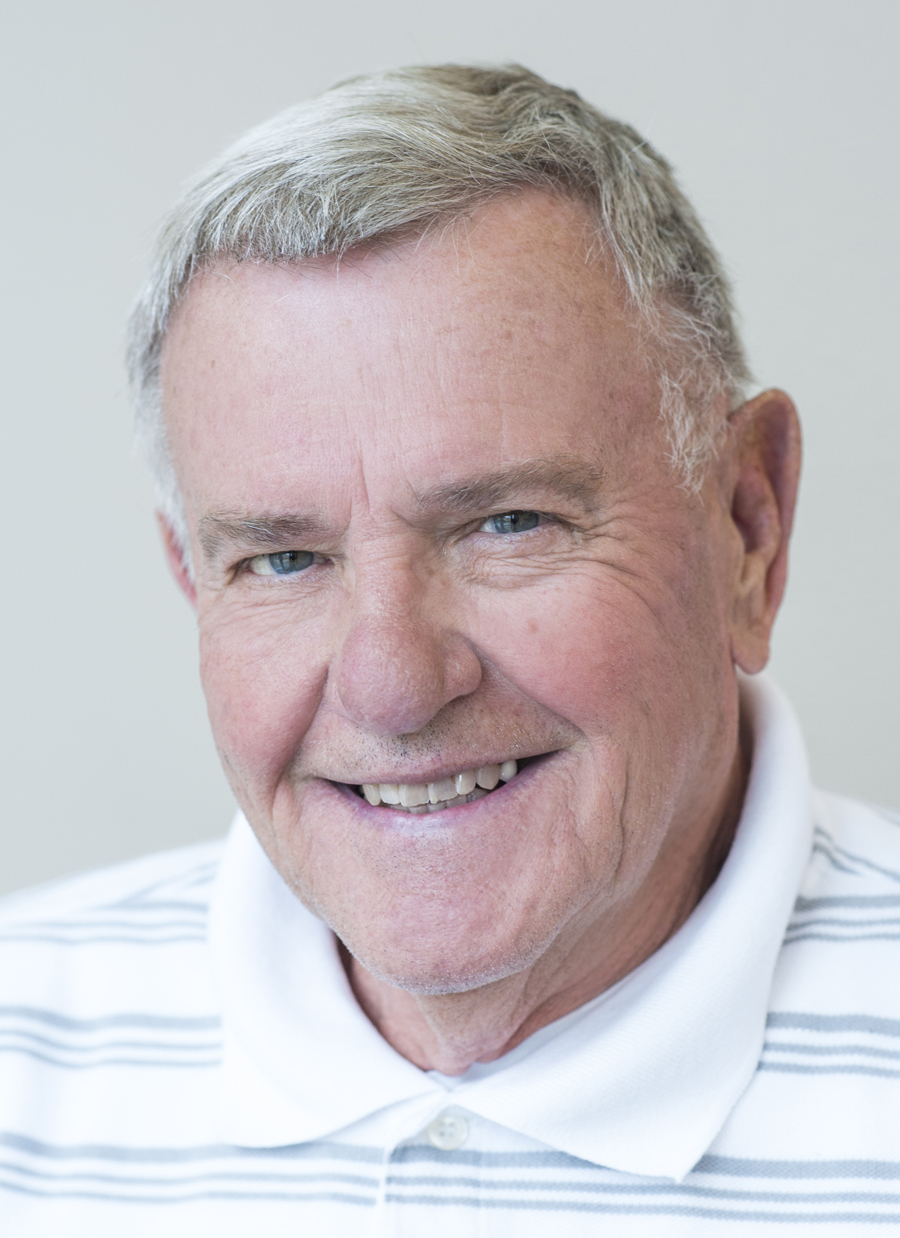 DAVE HESSE has performed for ACLOA, MTS. ALT, and other venues over the past 35 years. He returns to the stage after a 15-year hiatus and still finds the allure of performing to be amazing. Dave still enjoys his part-time job at Melloy Dodge and his attempts to be buddies with his lhasa apso, Rascal. 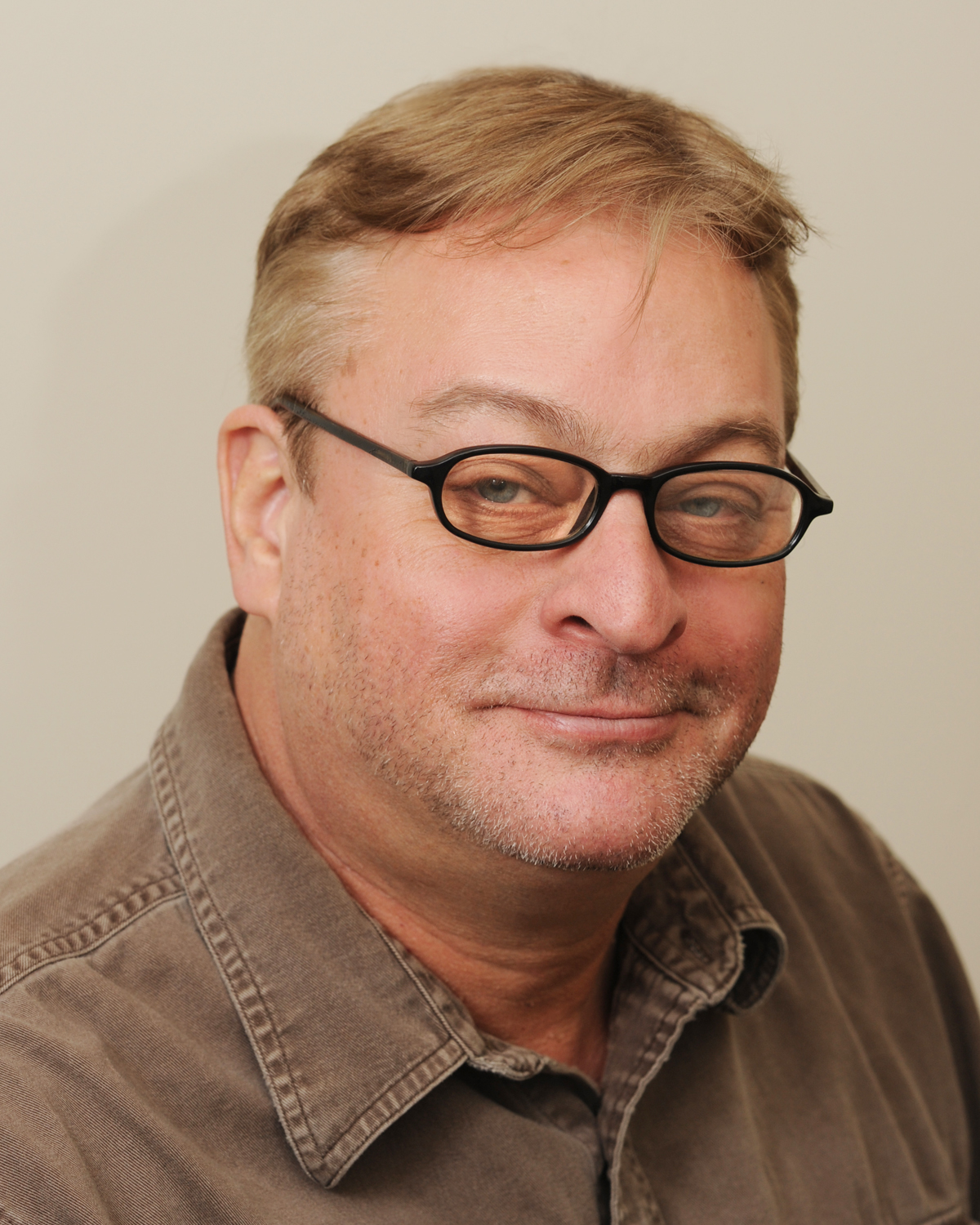 DAVE McDOWELL has performed in numerous productions over the years including One Flew Over The Cuckoo’s Nest, The Crucible, Reckless, The Good Person of Szechuan, The Merchant Of Venice, Hamlet, Richard Ill, Oedipus Rex, The Lion In Winter, Fortune And Men’ Eyes, The Lament For Arthur Cleary, Othello, Measure For Measure, Who’s Afraid Of Virginia Woolf, The Madman and the Nun, Frankenstein: a Comedy, The Rivals, Angels Fall, Teahouse of the August Moon, Chicago, The Elephant Man and Ma Rainey’s Black Bottom. He is a co-founder, director, co-writer, and producer for the San Francisco Theater/Arts Co-operative, Armitage Shanks. 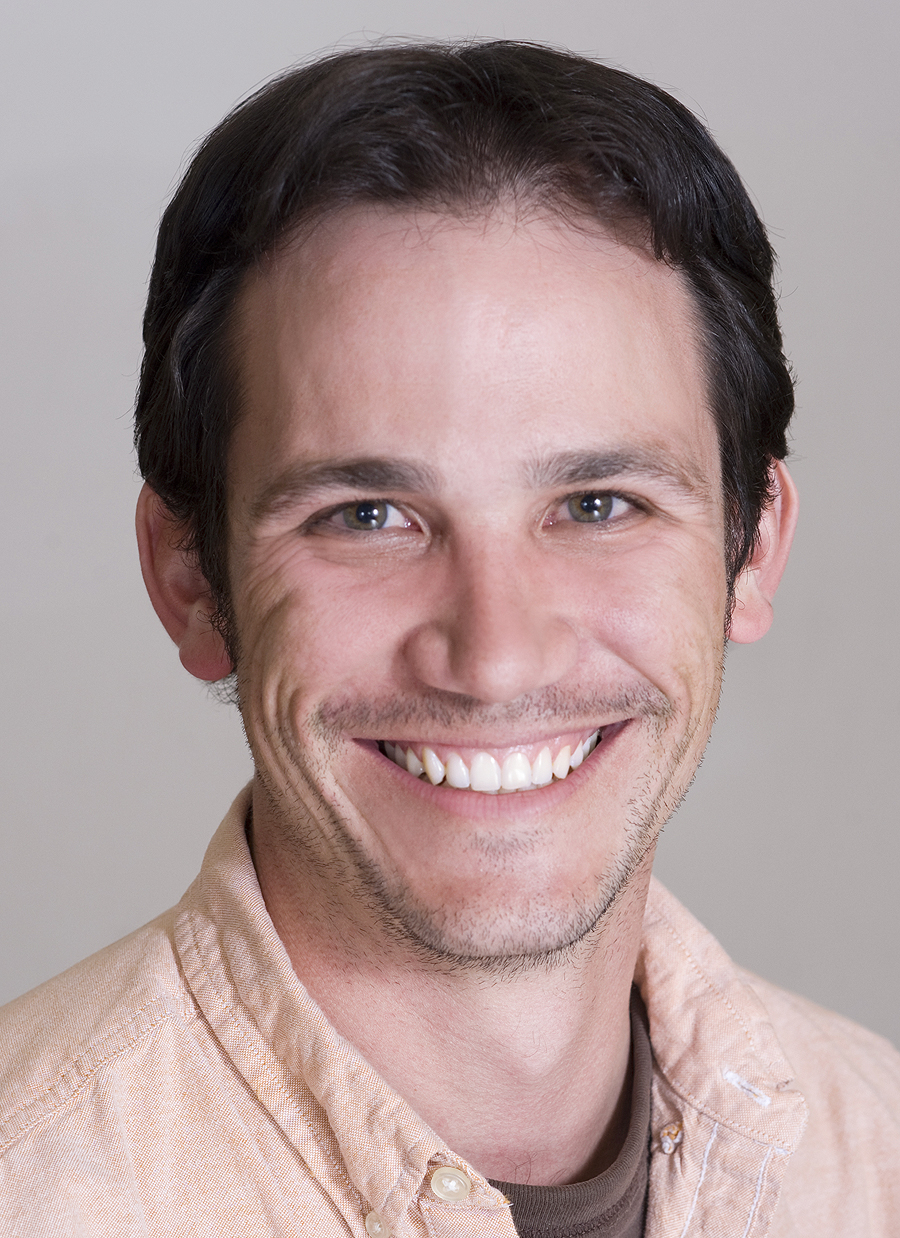 DAVID AUBREY is thrilled to be performing with Landmark once again. Some of his favorite roles include: Toad in A Year with Frog and Toad, Doody in Grease, Herald in Cinderella, Johnse Hatfield in Hatfields and McCoys, Thomas Jefferson in 1776, Rooster in Annie, Sid in The Pajama Game, and Rapunzel’s Prince in Into the Woods. David would like to thank his lovely wife Jessica and his children Aaron and Evelyn for letting him play.

DAVID BELLO is happy to join Landmark for another dance intensive brilliant show after the raucous thrill of Guys and Dolls last season. The musical fever has set, and since graduating UNM’s theatre program he is ready to start the next big chapter in his life and career as an actor-whichever direction that may lead is anyone’s quess. Special thanks to his family for the unending support all of these years. 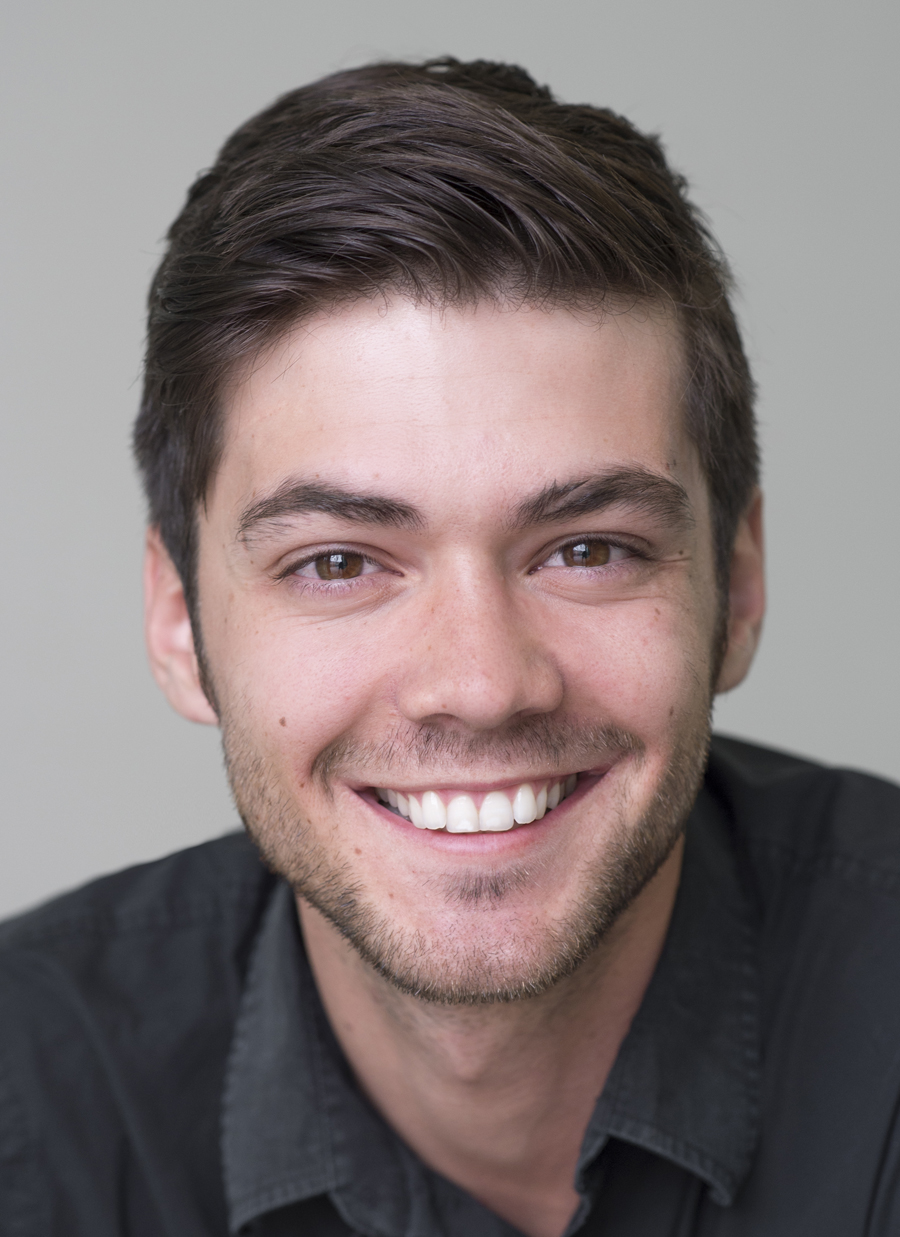 DAVID BELOVARSKI recently graduated from UNM’s Theatre and Dance department and has been balancing his love of theatre and film for the last 5 years. His recent stage credits include Our Town at UNM. 9 to 5 and The Hobbit at Albuquerque Little Theatre. He also loves spending time in the great outdoors, travelling in his vintage Volvo and making videos for his YouTube channel. 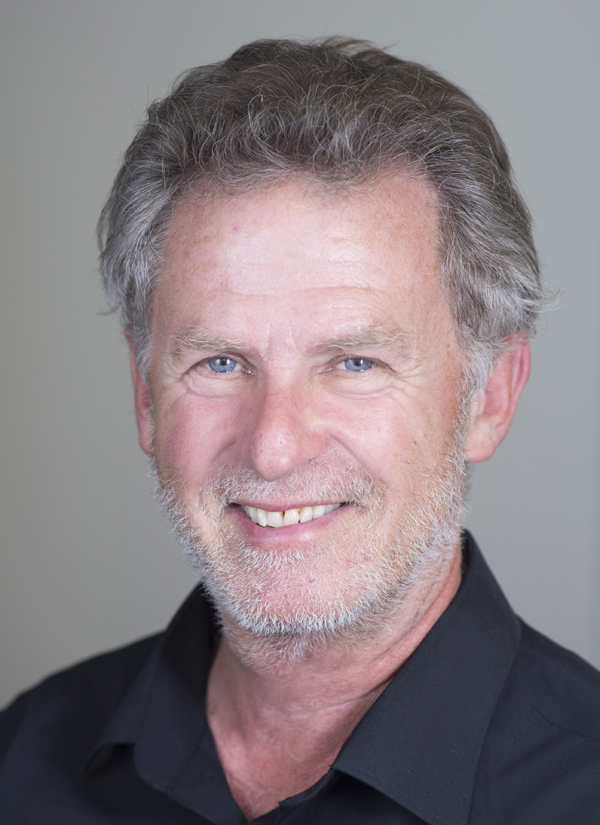 DAVID CAPPEL has been on stage all his life, just not as an actor until recently. He has been a choral singer for 60 years and an accomplished trumpet/cornet, flugelhorn, piccolo, and pocket trumpet player along the way with an affiliation to the Presbyterian church over some of that time. He has sung in civic and church choirs and collaborative work with the local New Mexico Philharmonic. David has sung under Alice Parker, Brad Elingboe, Matthew Greer, David Feldberg, David Poole, with “de Profundis” for 27 years. Suffices to say, music has been, and will always be, a big part of his life. We love Laurie.

David is a member of the ensemble in White Christmas.

DAVID HELGESEN has done various roles over the years but none so important as playing a Founding Father. He truly wishes everyone to see what these men and women did for us in establishing the greatest nation on God’s green earth. He would like to thank Landmark Musicals, his wife, his mom and dad, and all those who helped him prepare for his role in 1776. He dedicated his performance in 1776 to his late brother, Richard E. Helgesen, and his sister-in-law, Donna Helgesen.

DAXTON C. MORGAN is a second grade student at Albuquerque Sign Language Academy. This is his second time on stage. His first show was a boy in the candy shop in Willy Wonka and the Chocolate Factory with Musical Theatre Southwest. He would like to say hi to his family and friends at school. Love you, mom! 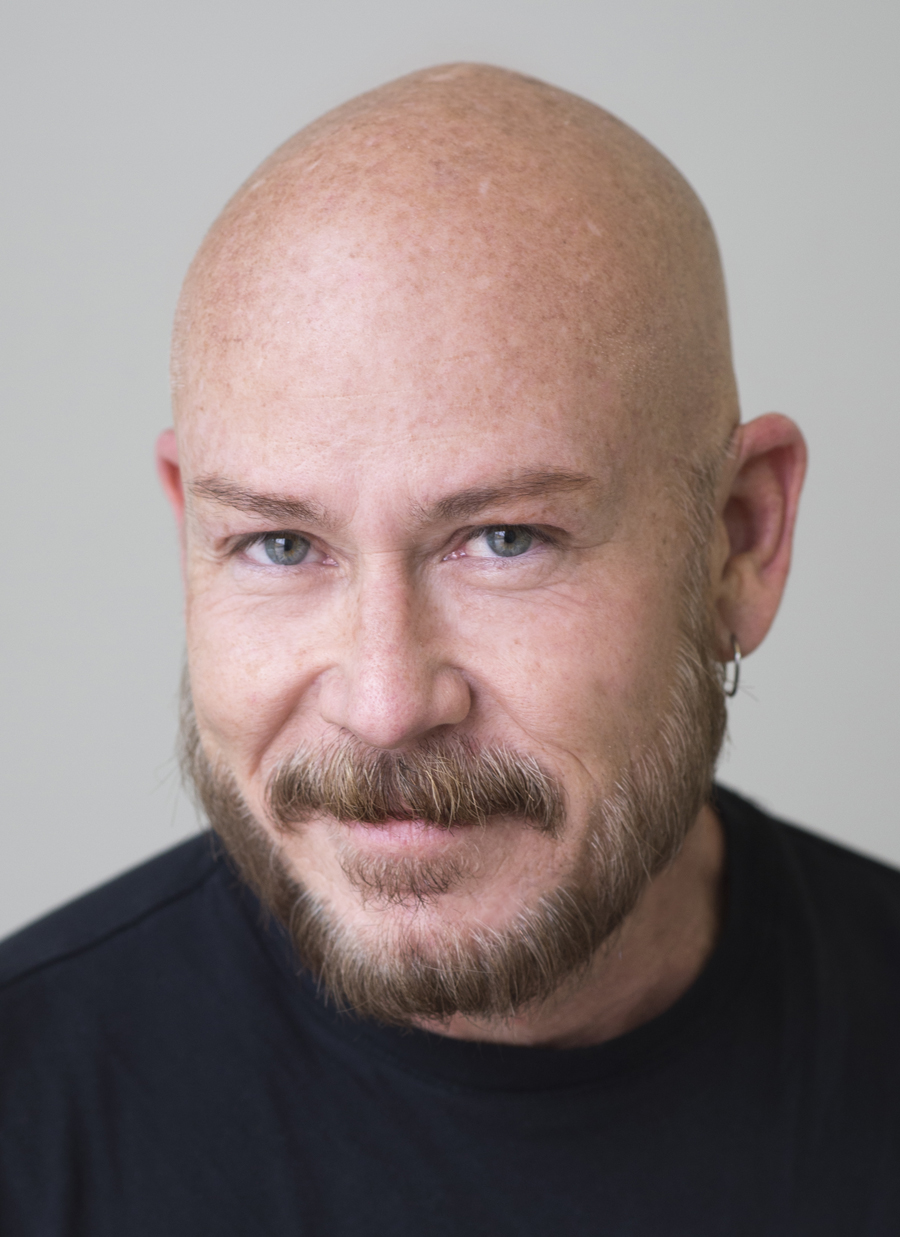 DEAN SQUIBB has been a union actor for many years and chances are you’ve seen him before, either in films, television or onstage. Some of Dean’s favorite roles include the emcee in Cabaret, Zaza in La Cage Aux Folles, and more recently the Kingin The King and I. Dean has made Leslie Ann Warren cry, schemed with Laurie Metcalf, shot guns with Sam Shepard and Val Kilmer and most recently had his life threatened by Liam Neeson. His most recent Landmark performance was as Zach in last season’s A Chorus Line.

DENISE MOEDL is thrilled to be a part of her first production with Landmark Musicals. Favorite theater (ACLOA) credits include: Peter Pan, Chicago, West Side Story, and 42nd Street. Denise enjoys dancing at Fishback Studio of the Dance and working as an Occupational Therapist in the Albuquerque community. Much thanks and appreciation to friends and family (Bobby, Ryan, Evan, and dad, Dennis) for your love and support.

Denise is a member of the dancing ensemble in White Christmas. 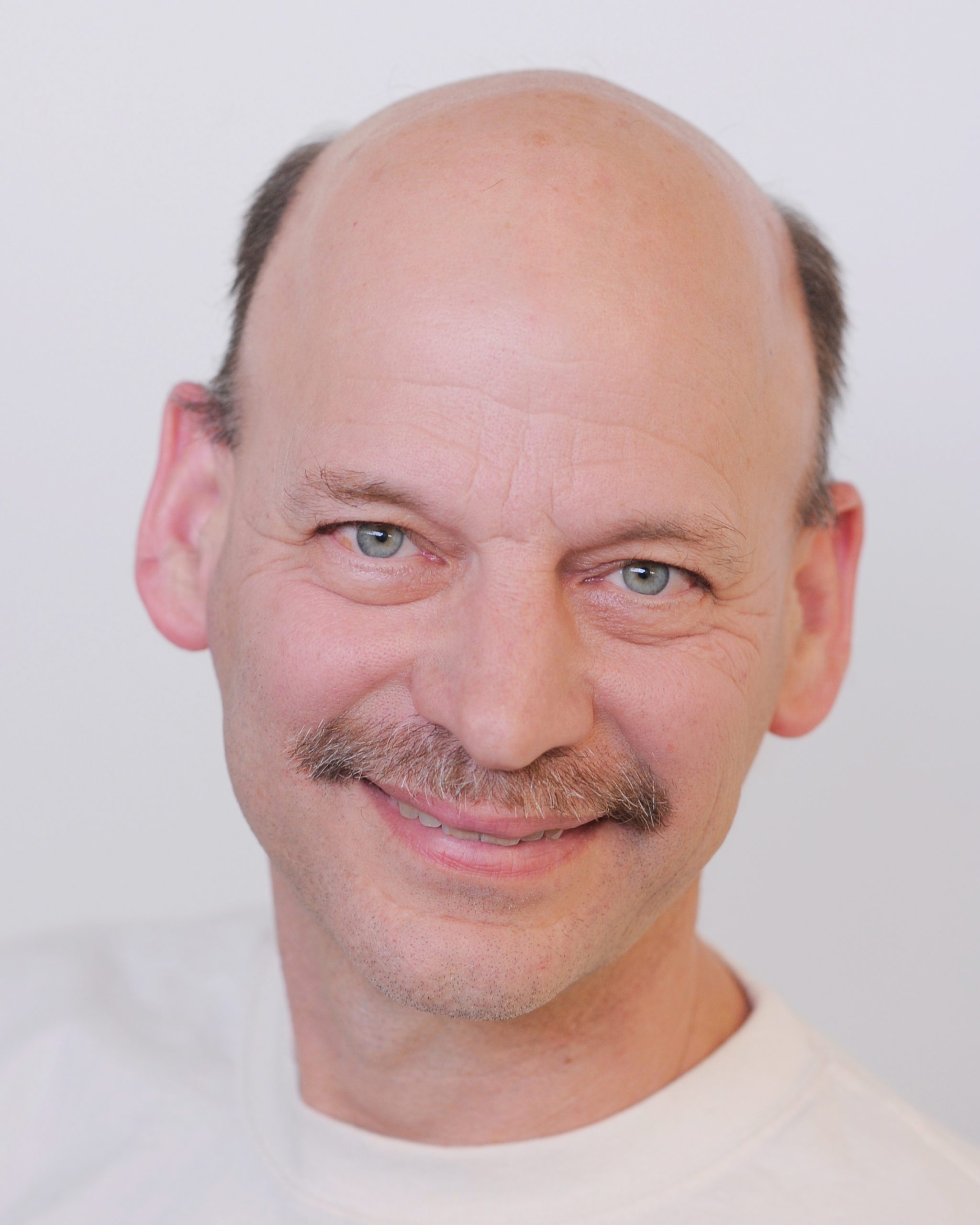 DENNIS VIK hasn’t been on stage since college and is thrilled to have his Albuquerque debut with Landmark. He is the owner and manager of House of Bread Bakery Café. He thanks Rhiannon and Katie for inspiring him to audition and his lovely wife Linda for her unwavering support as they make beautiful music together. Glory be to God.

DEREK J. SAMPAGA is a member of the Albuquerque Boy Choir. He likes to ski when he is not performing. He has performed with the Santa Fe Opera Youth Program and as a spirit in The Magic Flute. 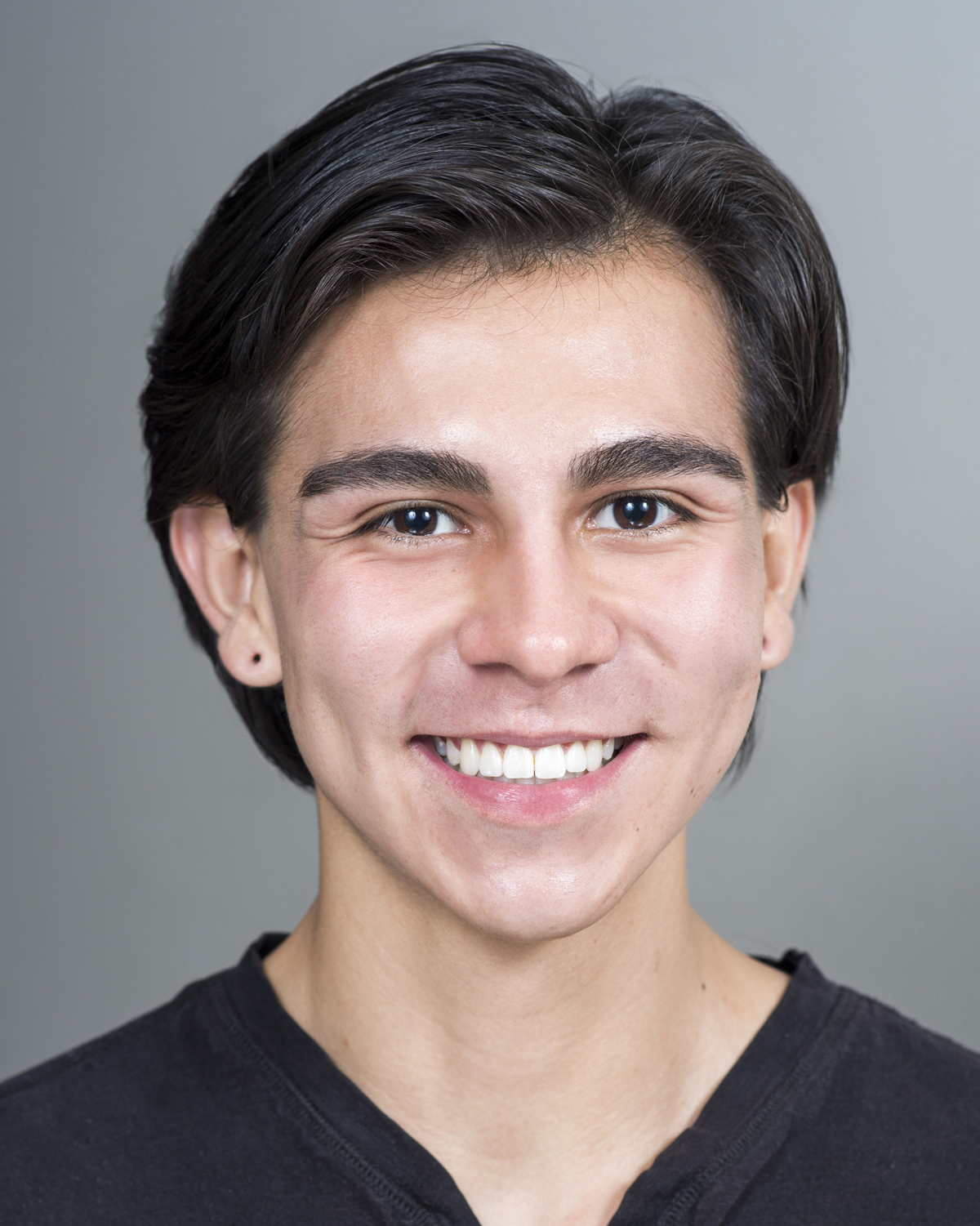 DERRICK ARMIJO is a graduate of the Public Academy for Performing Arts and an active member of Kanti choir. His favorite roles include Tarzan in Tarzan the Musical, Leading Player in Pippin and Judas in Godspell. His last Landmark show was Gypsy. Most recently he was in several workshop productions of Africa by Oh T’aesök with the In Strange Company. Circus theater is another interest including acrobatis, stilts, juggling tumbling and clown. He hopes one day to run away to the circus. 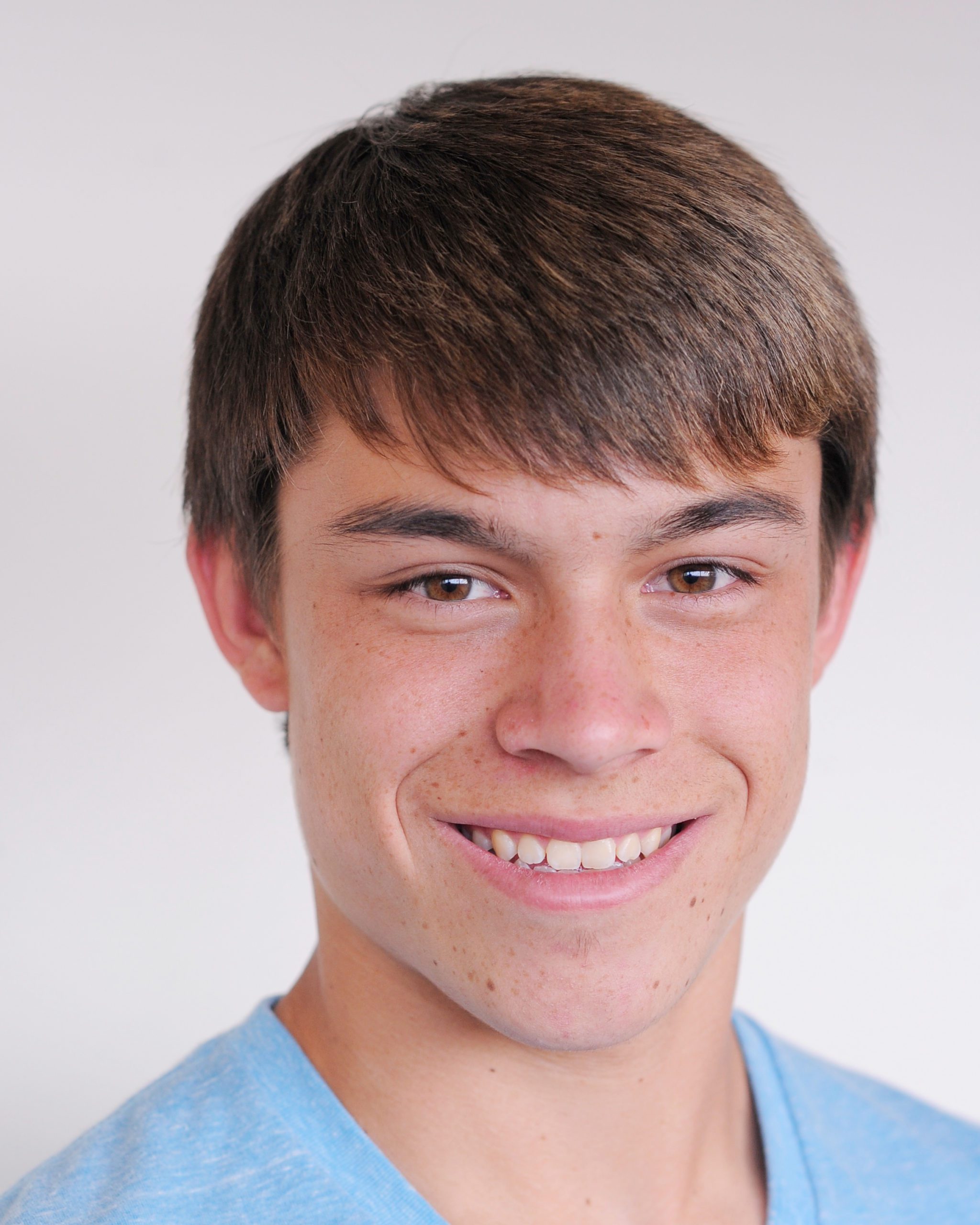 DERRICK MEDRANO is grateful to be a part of Landmark Musical. Music is his passion and he has participated in 15 productions starting with the littlest rat in ALT’s Pied Piper when he was only 6. Other performance credits include Play Conservatory’s Godspell (Jesus) and Once Upon A Mattress (Minstrel) and various roles on Bosque School’s stage. Derrick also plays violin, piano, guitar, bass, and drums and enjoys team soccer and lacrosse. 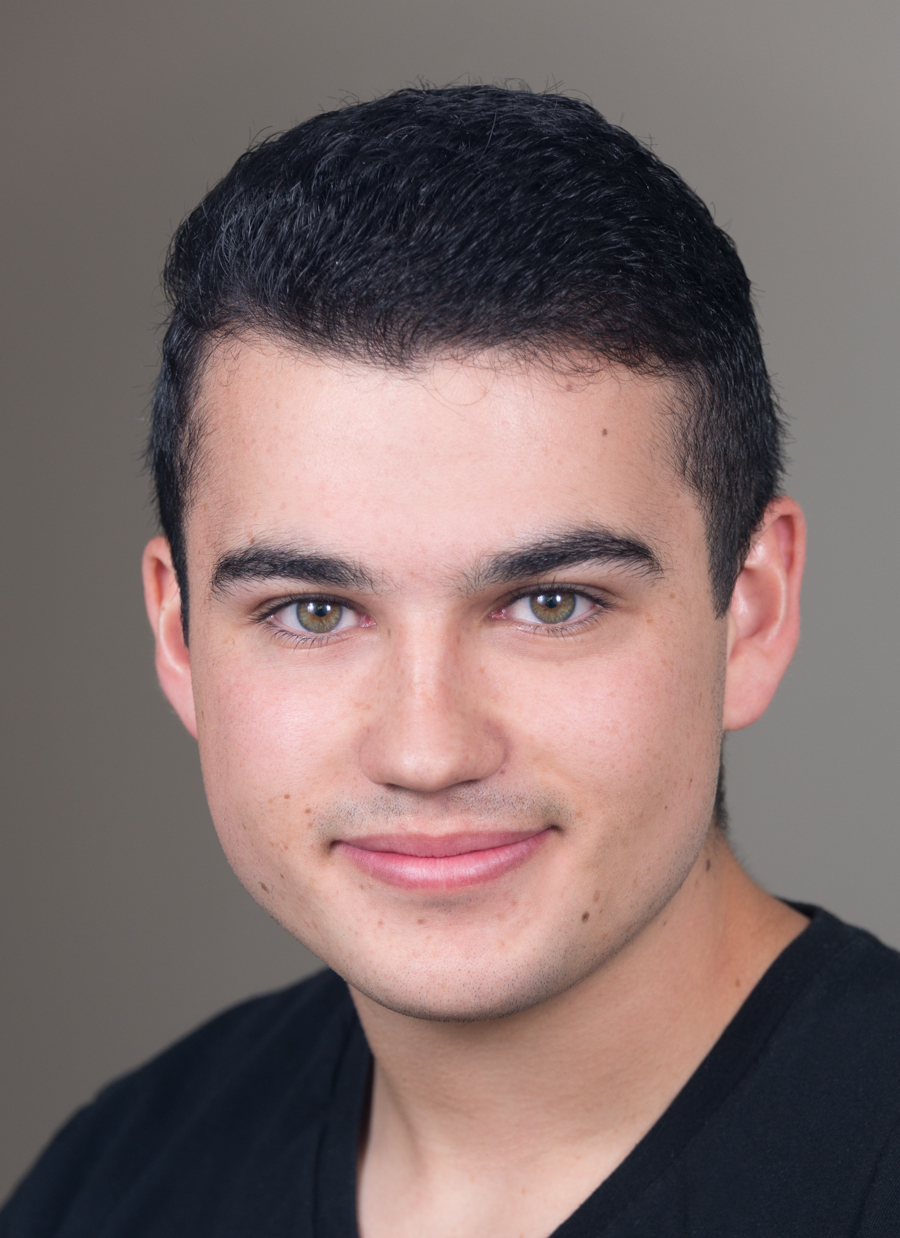 DIEGO GARCIA is a student at the University of New Mexico. He has worked a lot of Landmark shows and was recently in A Christmas Carol, Spamalot, and Pippin. He can’t wait to be a part of another Landmark show.

DOMINIC GUERRA was reared in Albuquerque, and at 19 was awarded a scholarship from the Ailey School in New York where he received formal training in classical ballet and modern dance. In 2001, Dom became a professional company dancer with American Repertory Ballet. In 2012 he earned a B. S. in business administration from UNM. He danced the title role in Dracula in Festival Ballet Albuquerque’s production. Heis assistant to the Festival Ballet’s director, Patricia Dickinson-Wells. 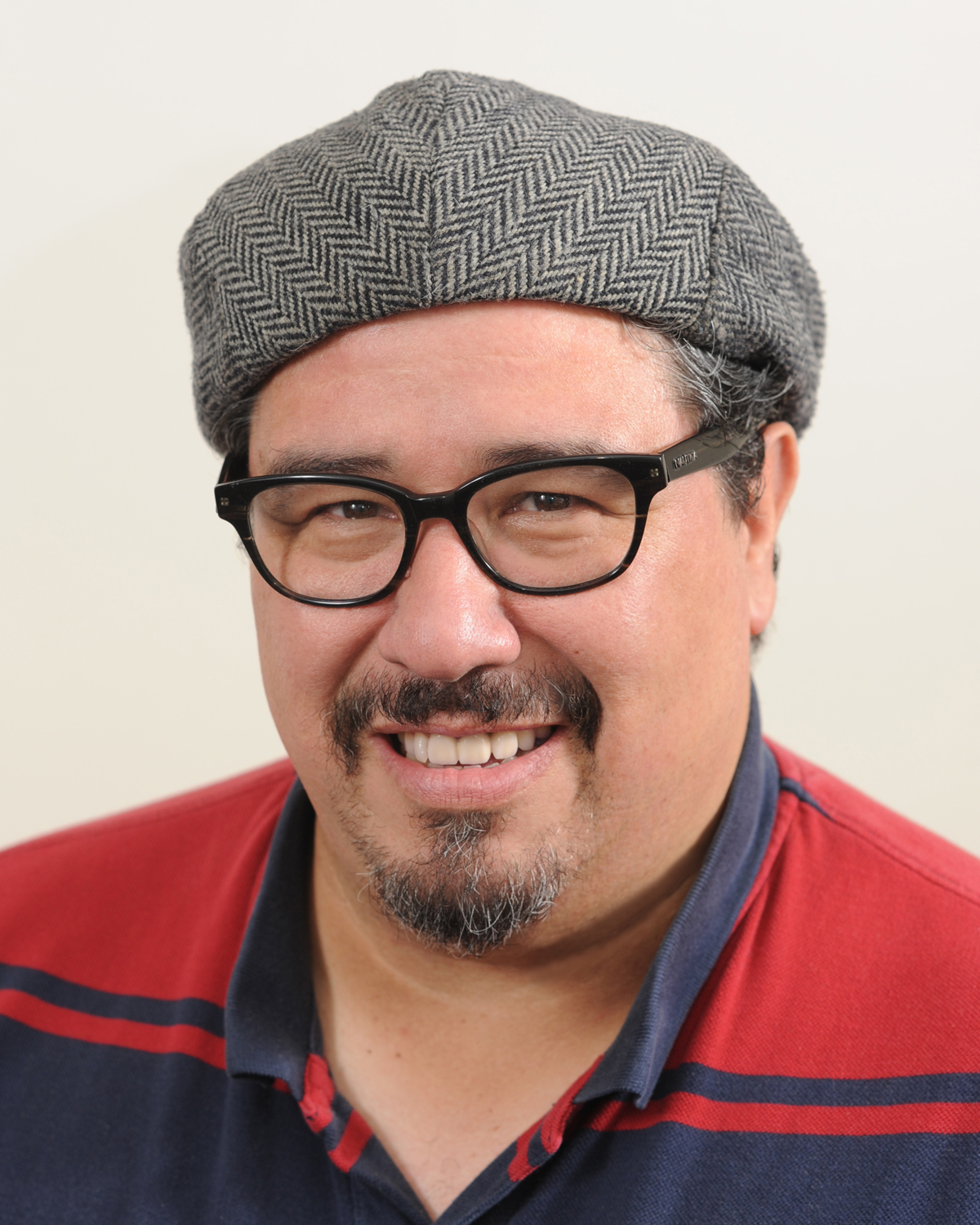 DOUG MONTOYA is the owner/operator of the Box Performance Space located downtown. He is also the founder and co-artistic director of Cardboard Playhouse Theatre Company, which is going into its 10th year. He has produced 50 children’s shows and been in many productions around town, such as Little Shop of Horrors, Thoroughly Modern Millie, and The 25th Annual Putnam County Spelling Bee. This is the second time he has been in Man of La Mancha and is so pleased to be a part of this wonderful production.