MACKENZEE DONHAM-STRADLING has appeared in seven Landmark productions. Favorite roles include: Abigail Williams (The Crucible, Sandia Prep) and Liesl Von Trapp (The Sound of Music, Landmark). She has a degree in theatre from Chapman University.

MADELINE BOHMAN can plow through a book in record time. She loves seaweed, art, dancing and considers her glasses as a stylish fashion accessory. 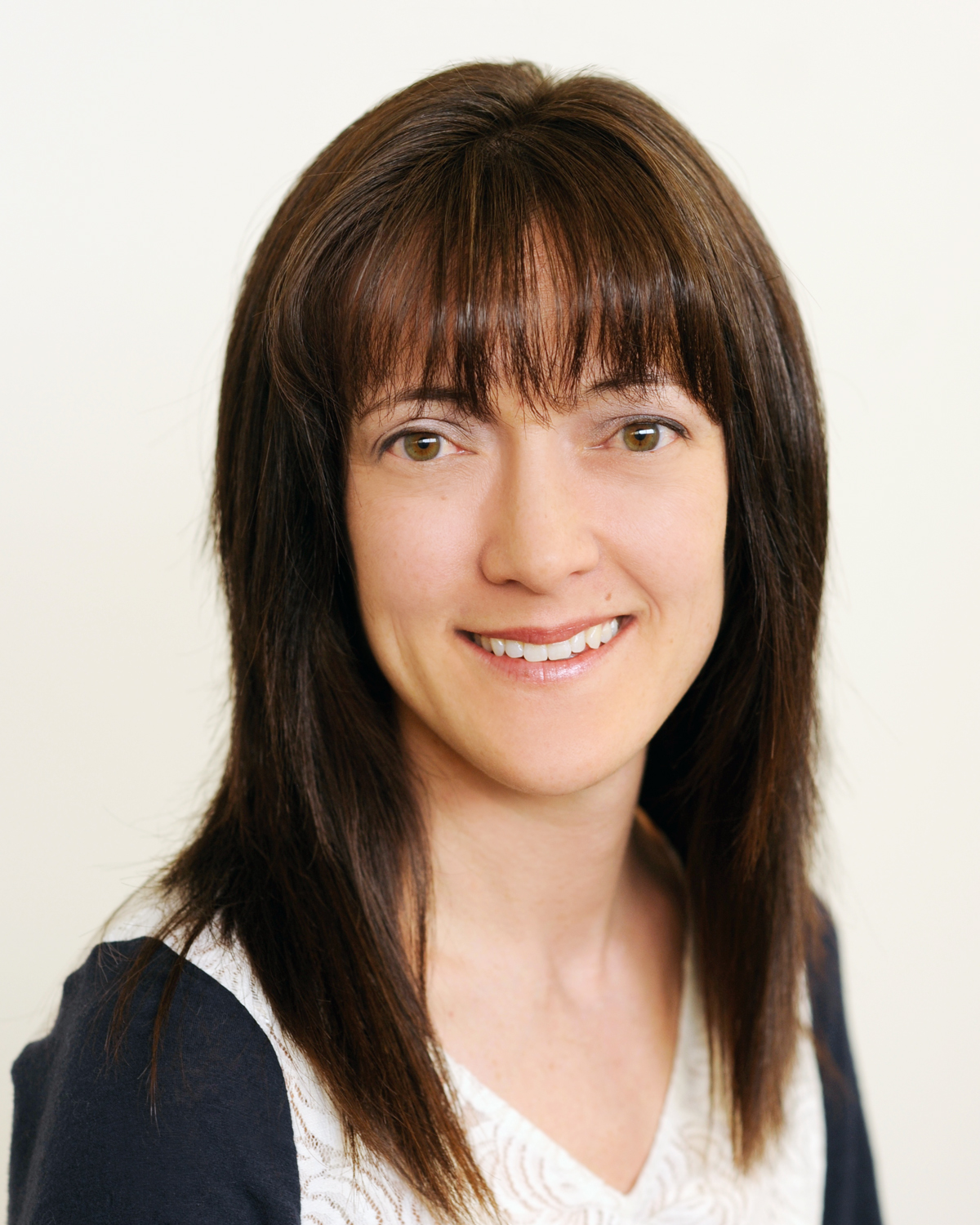 MAILE SOON was last seen in Landmark Musicals’ Hello, Dolly! Prior to that, she played Gigi in Miss Saigon and Lady Catherine in Camelot with Musical Theatre Southwest. Maile graduated from UNM with a degree in biology. She teaches middle school science and voice and piano lessons. After a brief stint in NYC, she is very happy to be back in the Land of Enchantment and Albuquerque’s theater scene. This one’s for you, Mom! 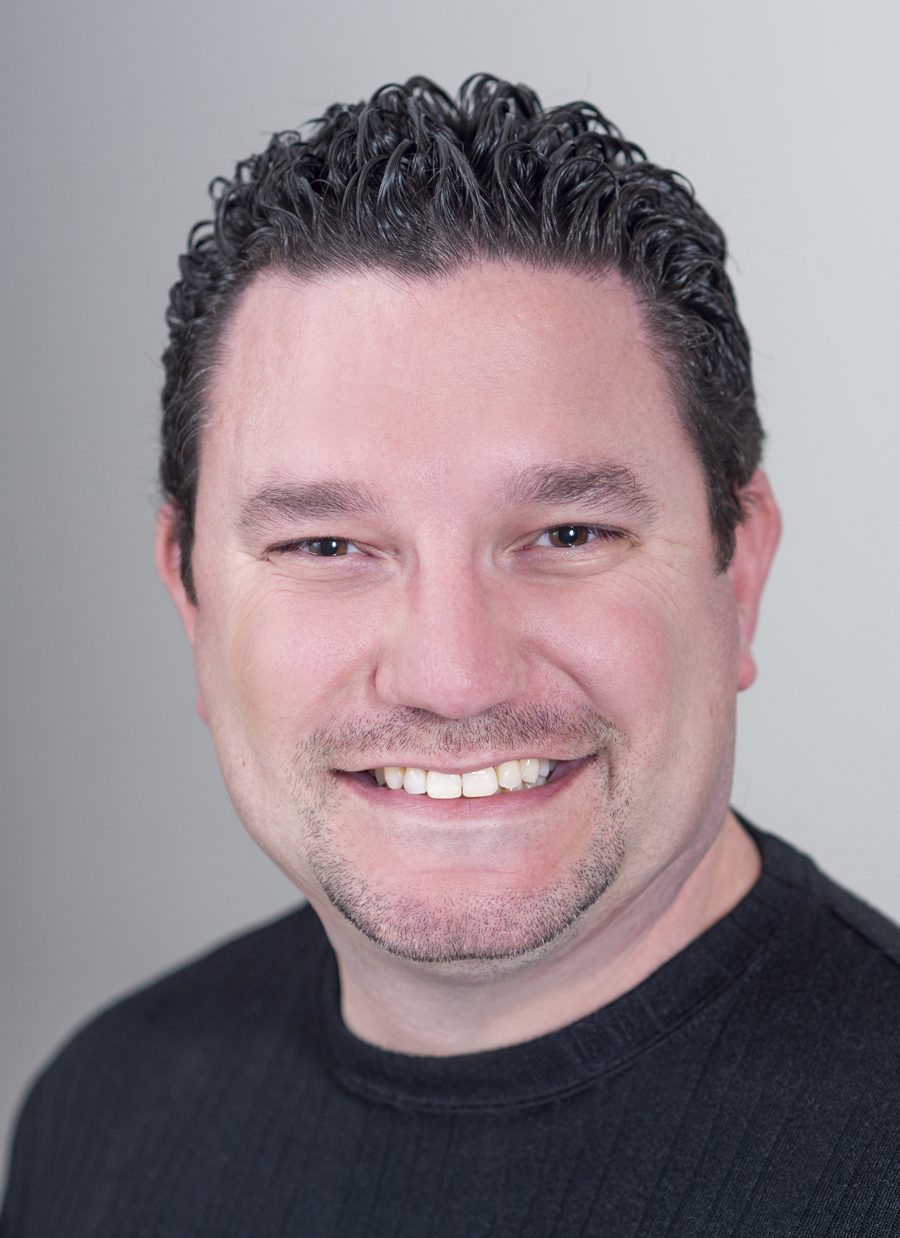 MARK BALISTRERI now has three Landmark productions under his belt, having previously performed in A Funny Thing Happened on the Way to the Forum and The Music Man. It is with Landmark that he was able to be in a musical with his daughter Emily and now with his wife Tina. He thanks his family for supporting him in doing the thing he loves–theater. 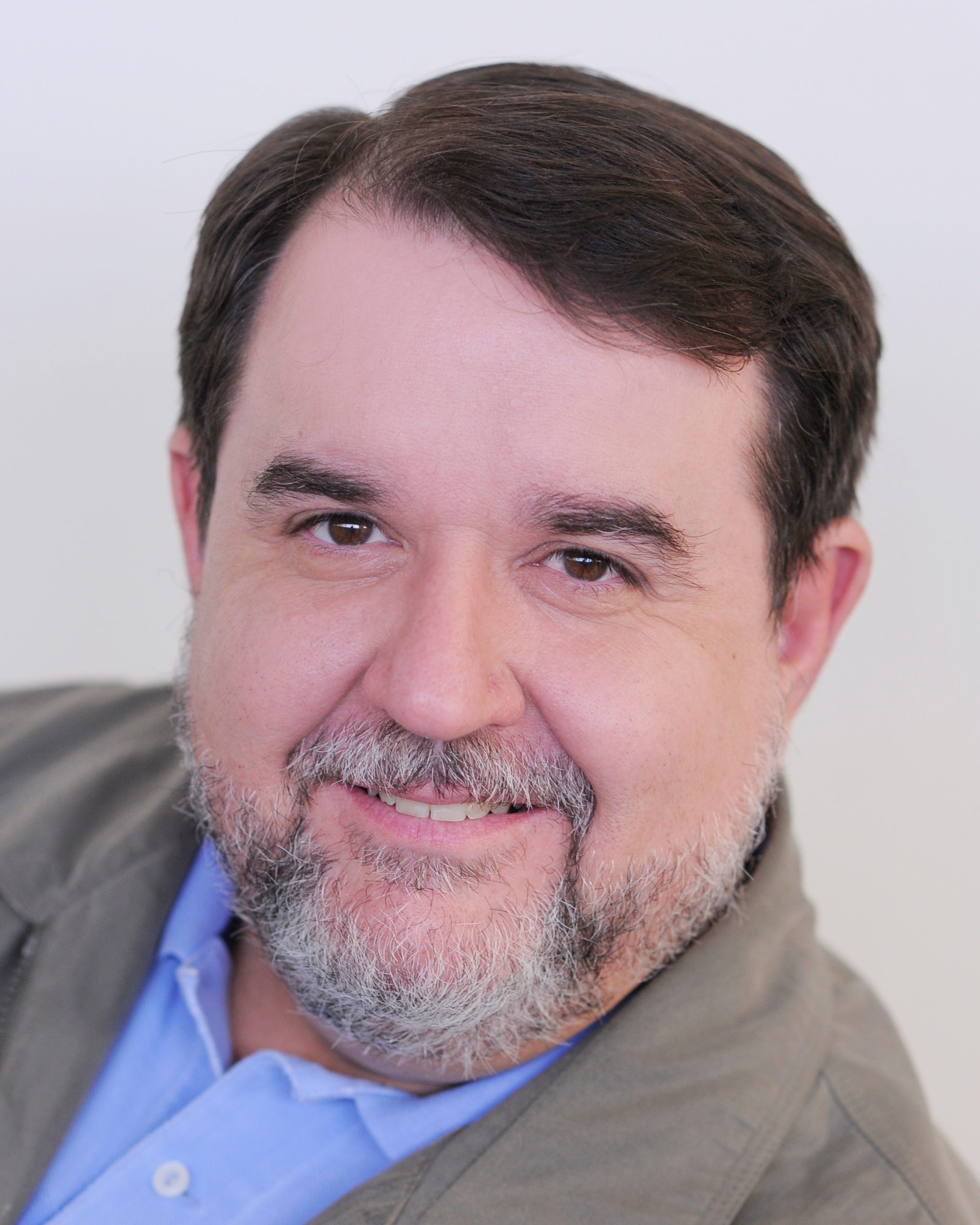 MARK DICKEY is performing for the first time in 30 years. In that period he reared two children (including Bryan Daniels) and has two grandchildren. He has been active musically in various worship and rock bands. In real life, he is a dental hygienist. 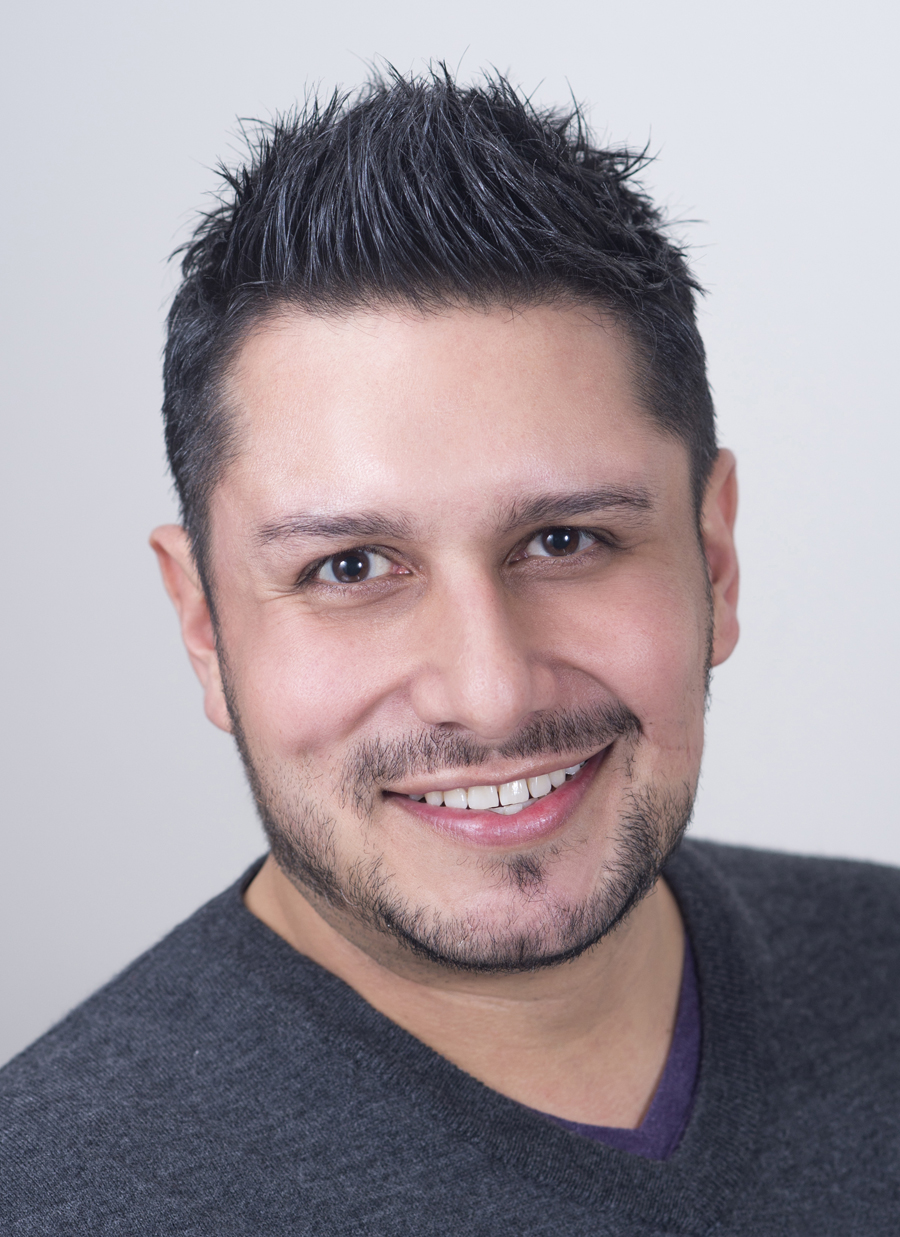 MARK PINO hasn’t been on stage for more than a decade and is delighted to be back after working in New York and Chicago. Favorite previous roles include, Jud, Oklahoma! (MTS), Conrad Birdie, Bye Bye Birdie (MTS), Joseph, Joseph…Dreamcoat (MTS), Dr. Neville Craven, The Secret Garden (UNM), Linus, Charlie Brown (UNM), Mark, The Shadowbox (Adobe), and Brad, The Rocky Horror Show (MTS). Last fall, he wrote and produced his debut solo cabaret show, Some Other Me, at Davenport’s Piano Bar & Cabaret, in Chicago. He is happy to be living in Albuquerque again, and proud to be working with such an extraordinary director and cast.

MARYL McNALLY received her B.A. in history and theatre performance from Lawrence University. A relative newcomer to the Albuquerque theatre community, she tap, tap, tapped her heart out as a Priscilla girl in MTS’s production of Thoroughly Modern Millie and played Madge in ALT’s Sherlock Holmes. Oliver! was her first production with Landmark Musicals, and she would like to thank Myra, Jonathan, Shirley, Bill, and HB for the amazing role. She would also like to thank the beautiful and talented Lina Ramos for successfully turning her into a singer, not just a girl who can sing, Much love. 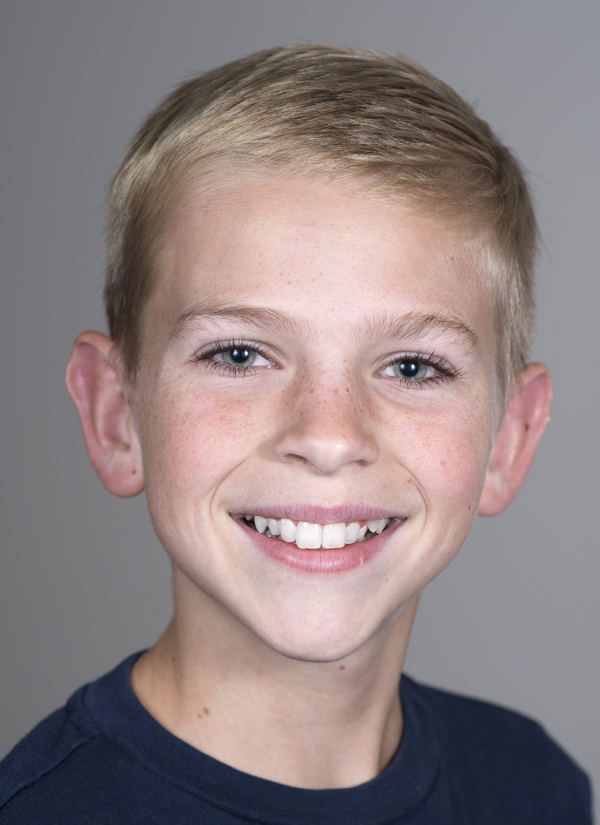 MASON TRAPNELL attends Desert Ridge Middle School. He played Rumpelstiltskin in his elementary school’s Missoula performance and also played in Aladdin. He enjoys singing in Share Gariety’s Children’s Music Theater summer program and loves swimming, diving and anything acrobatic, including flips off the trampoline into the pool. He also loves animals and hopes to be a vet when he grows up. Also, he is really nice.

MATEO ORTIZ has been taking voice lessons for many years. Landmark’s Oliver! was his first experience in a musical. He likes to play basketball, football, and baseball when not performing for family and friends. 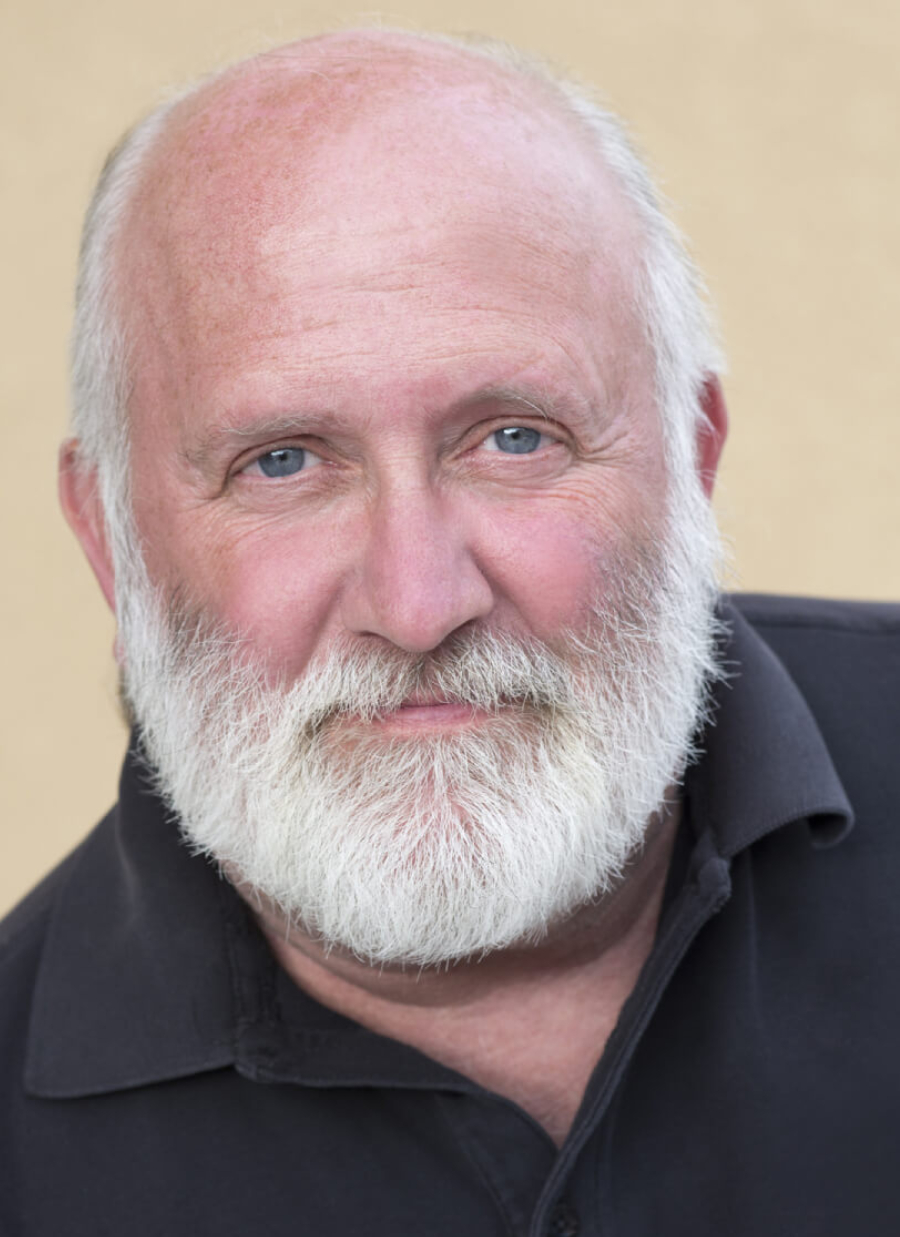 MATT VAIVE has been around the musical theater scene a few times over the years and in the barbershop quartet for “The Music Man” three different times. His main connection to the arts was being a member of the barbershop quartet called The Summit, along with another member of tonight’s performance, Tim MacAlpine. They spanned 2001-2018 when their bass Marco Gonzalez passed away. 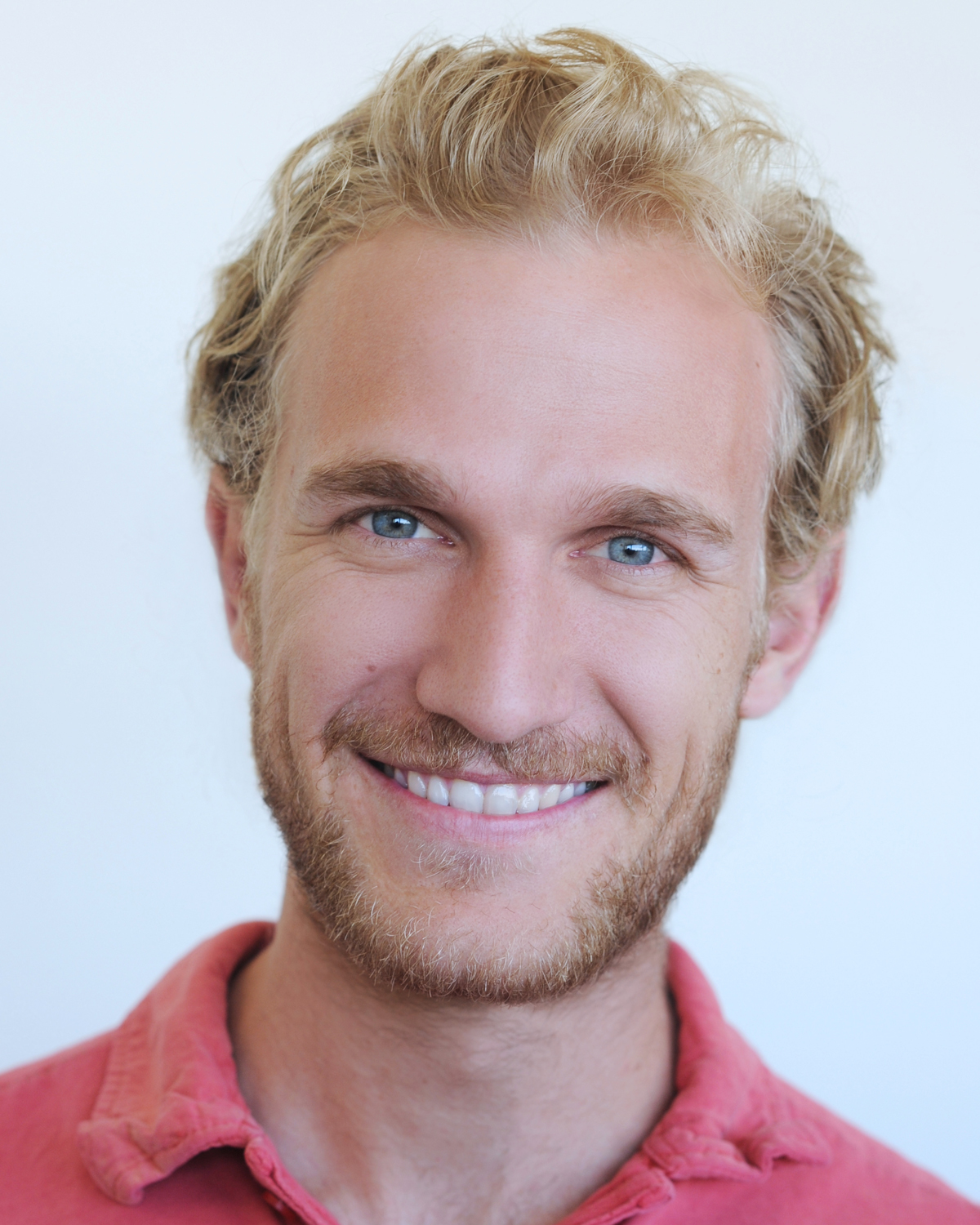 MATTHEW AMEND is excited to be a part of another fantastic Landmark musical. This company always does the finest productions and he feels blessed to be here. He has performed in Fiddler on the Roof (Sasha), Carousel (Enoch Snow), Hello, Dolly! (Barnaby), Jesus Christ Superstar(Simon) and Spring Awakening (Hanschen). Thankyou for supporting community theater and please enjoy the performance. 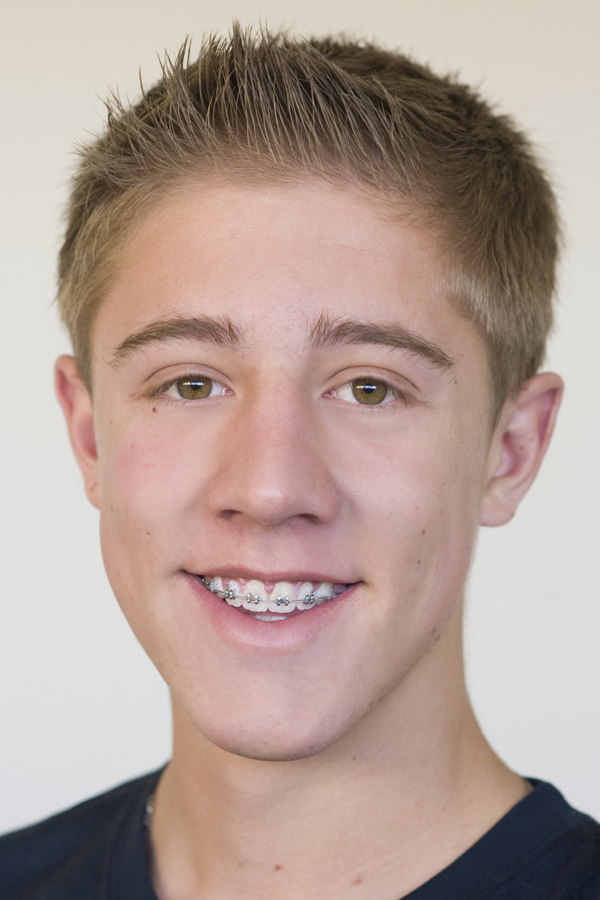 MATTHEW BURRESS is a sophomore at Sandia Prep and has been involved in theater for several years. The Sound of Music is his first show outside Prep. When not on stage, he participates in his school’s jazz band and runs long- distance track. Matthew thanks Louis Giannini for recruiting him to this show.

MAUREEN CONHEADY-TRUJILLO has delighted audiences from New York to New Mexico for close to four decades from Amy In Where’s Charlie? to Vera Charles in Mame. She has appeared at the Kennedy Center and has performed in Europe. Locally, she has acted and sung with ACLOA, MTS, Albuquer- que Opera Theater, The Adobe, AuxDog and The Albuquerque Little Theater. Many thanks to her family and friends; their love and support made it all possible. 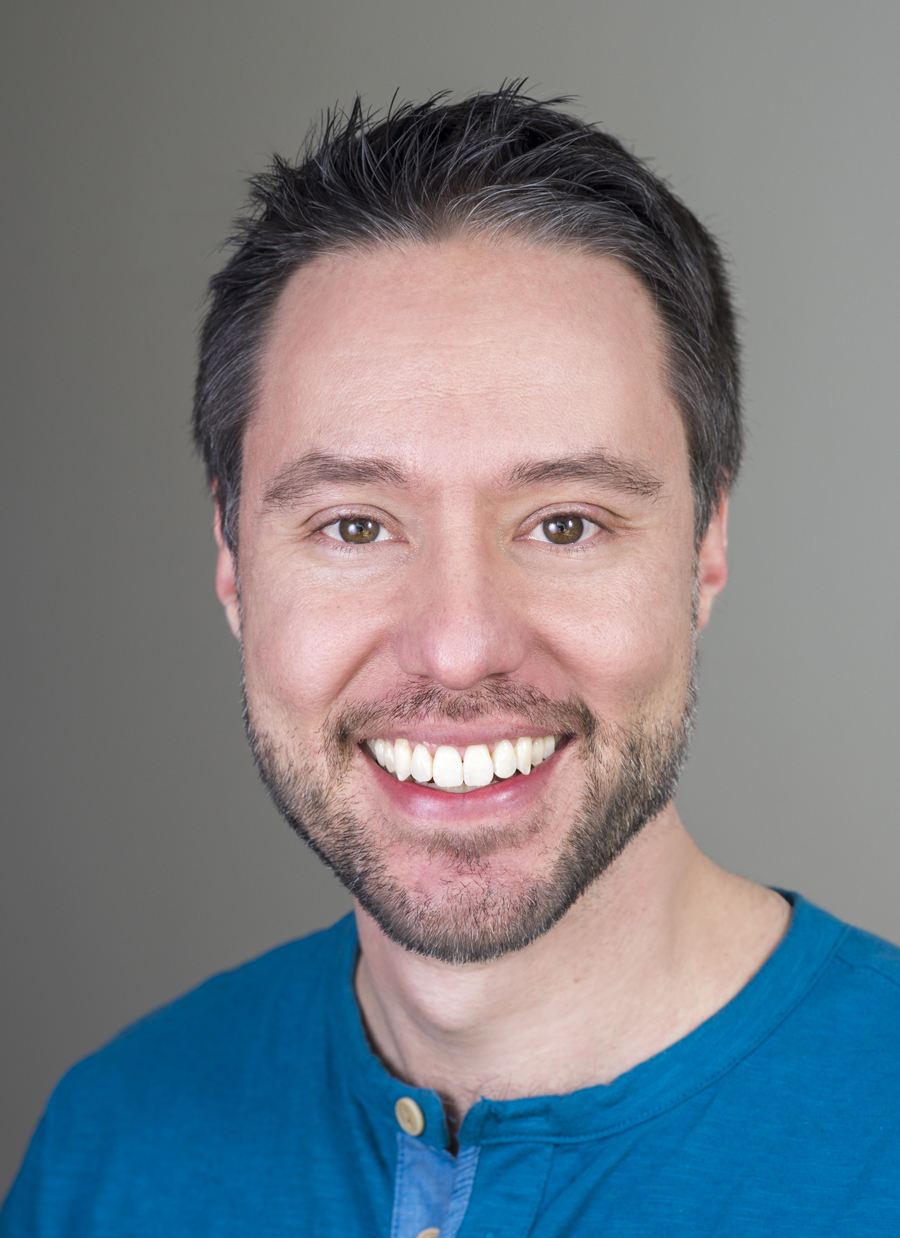 MAX WOLTMAN has a passion for performing. He played Motel in Landmark’s production of Fiddler on the Roof. You may have also seen him in Guys and Dolls or, most recently, Houdini in Ragtime. He has been taking photos for Landmark since 2008.

MAYA FAYE REESE is thankful to be returning to the stage and dancing again. She would love to say thank you to each person who had a part in rebuilding her confidence. Thank you, Dad, for being the rock of our family, and Mom, for being a leader in the right direction. And to Zoey – “I am so proud to look up to a big sister like you.” 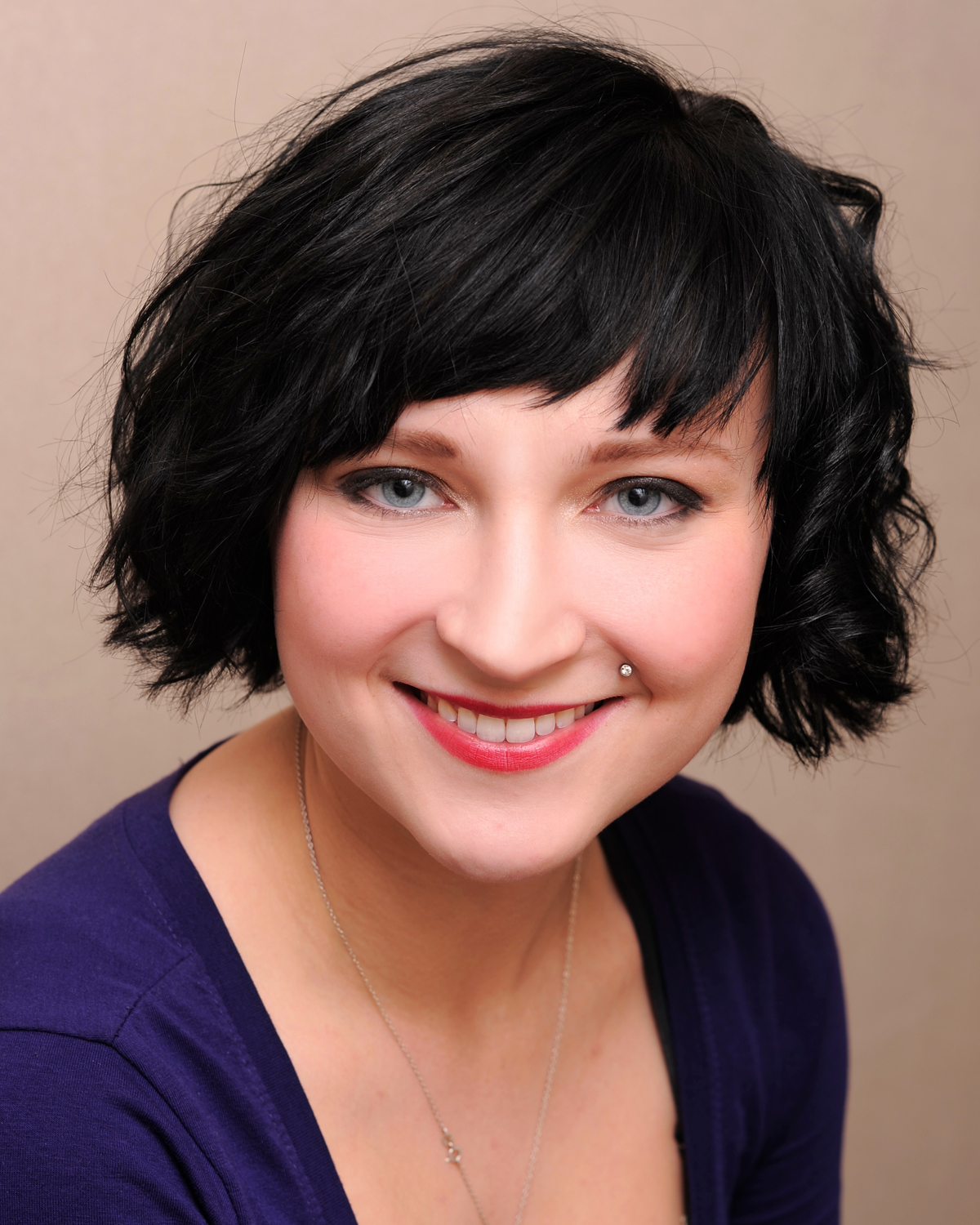 MAYMIE MITCHELL has performed as Columbia in The Rocky Horror Show, Charity in Anything Goes, Elvira in Blithe Spirit and recently at UNM’s experimental theatre as Erin in Simon as Sergio. She recently graduated from UNM with a B.A. in psychology and a minor in theater. “I want to give a special thanks to my mom and grandma for reminding me that no matter what, in the end, everything will be coming up roses”

MEGHAN BODE is thrilled as always to be working on another great show with Landmark. Most recently, she was seen as Ethel Toffelmeir in The Music Man and Philia in A Funny Thing Happened on the Way to the Forum. Meghan worked professionally with Seaside Repertory Theatre at Santa Rosa Beach, Fla., and was involved in over 20 productions including The 39 Steps, The Turn of The Screw (and A Commedia Pinocchio as Pinocchio, to name a few. Meghan is especially excited to be sharing the stage with her wonderful husband Alan.

MELISSA HOBBS has appeared in The Wizard of Oz, Father of the Bride, Once Upon a Mattress, Into the Woods, and Traitors. She studied voice with Clarissa Clark and Kathleen Clawson and acting with David Finn and Paul Ford.

MERCEDES GOODART has been dancing for 12 years including four years at Marshall Performing Arts Conservatory. She dances in all styles of dancing but specializes in jazz and tap. She thanks her family and her dance teachers for their support and love. 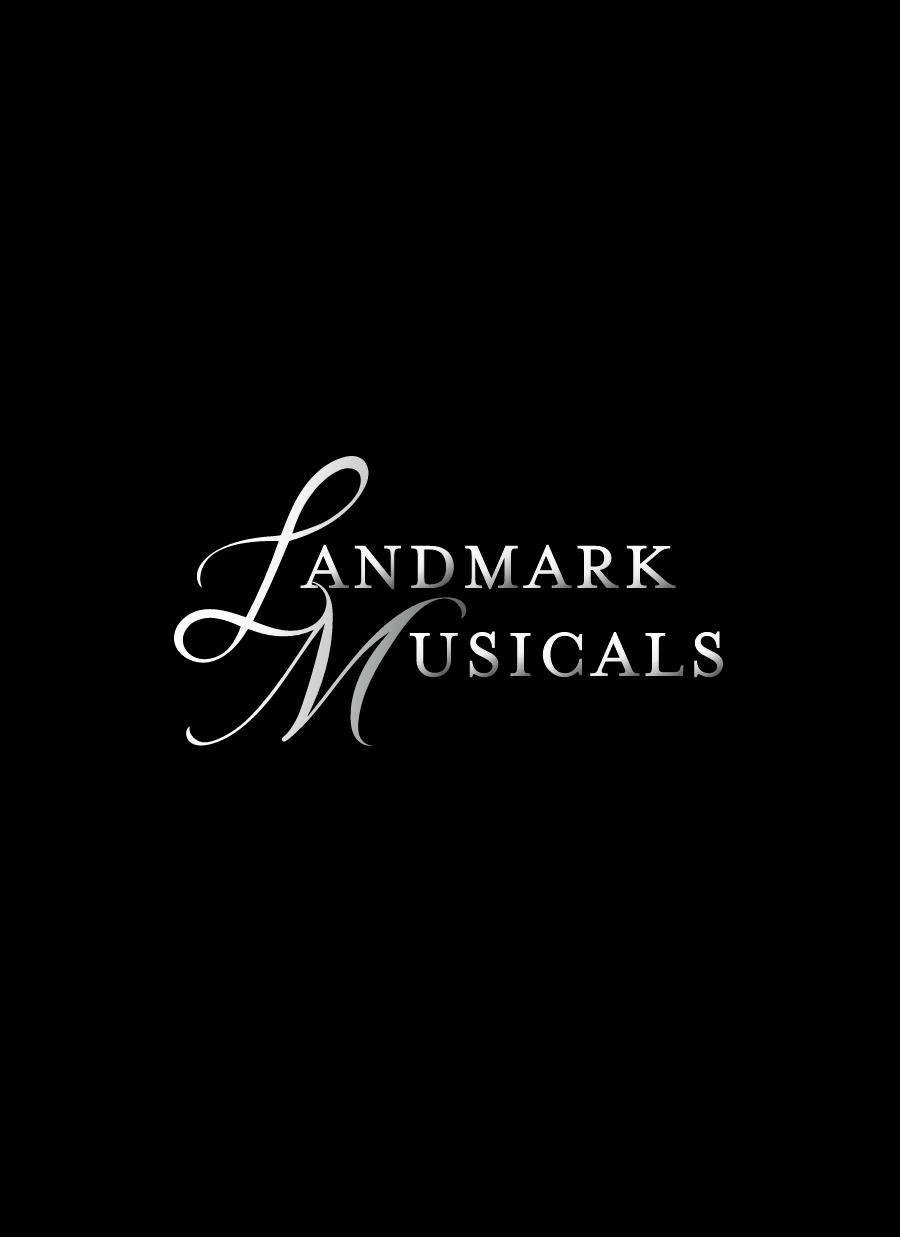 MICHAEL BUSSE’s favorite productions include The Lion in Winter, Copenhagen, Taming of the Shrew, and How to Fight Loneliness – all from the audience, that is! Having loved live theatre since age nine, I am excited to see what it’s like on this side of the “fourth wall”. Thanks to the team for giving a newbie a chance! Off-stage interests include singing with the Duke City Sound and enthusiastic (if inexpert) participation in a variety of outdoor sports. 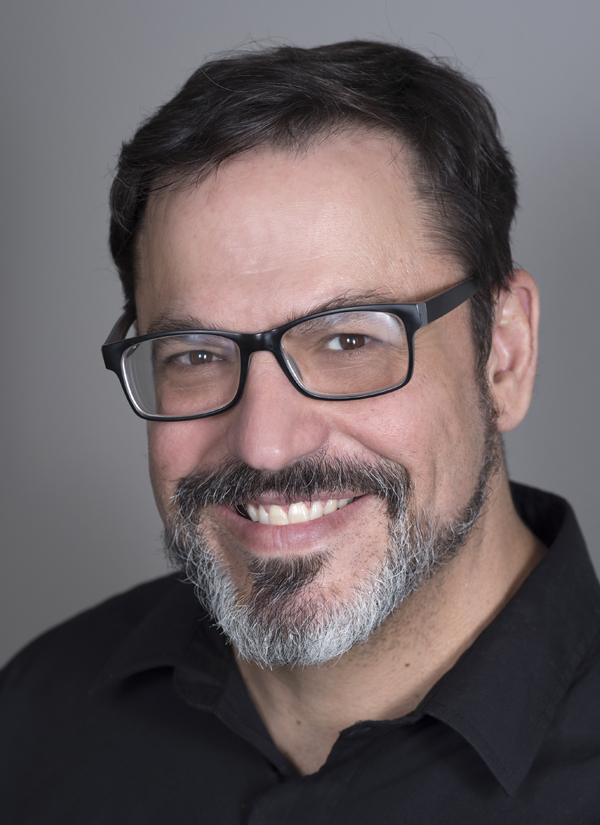 MICHAEL M. FINNEGAN was last seen with Landmark as Father in Ragtime. Some previous performances include: Michael (I Do! I Do!), Captain Walker (The Who’s Tommy), Jamie (The Last Five Years), Frederik (A Little Night Music), Billy Crocker (Anything Goes), Billy Bigelow (Carousel), Captain von Trapp (The Sound of Music), Guido (Nine), among others. He dedicates his performance to his amazing wife, who is his biggest support. 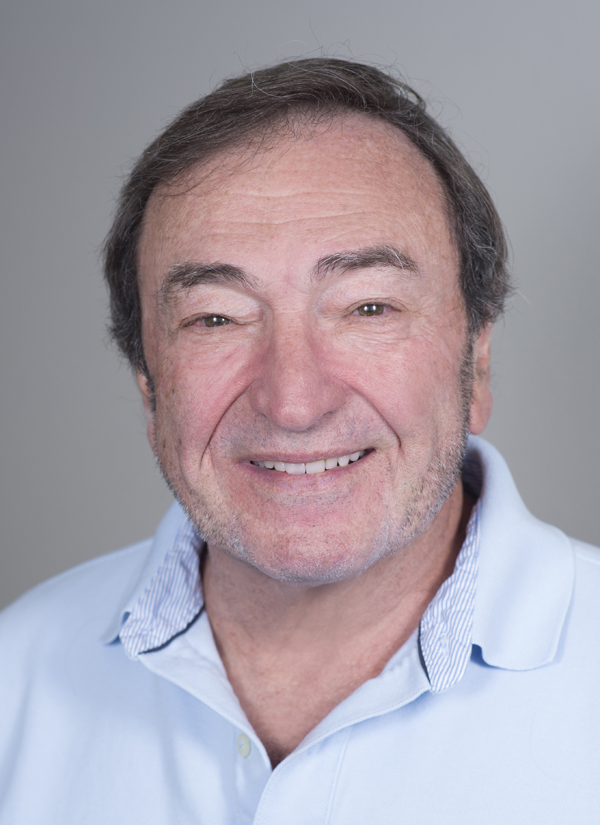 MICHAEL P. FINNEGAN is a seasoned veteran of Albuquerque stages having had principal roles in shows such as Fiddler on the Roof, King and I, Sweeney Todd, Camelot, My Fair Lady, Gypsy, La Cage Aux Folles, 1776 and many others. Thanks to Landmark Musicals and the chance to work with his son, Michael, and the love of his life, Laurie. Please take away our message of charity and good will to all people and, most of all, enjoy!

MICHAEL RASCON has studied voice, acting, and dance at Las Vegas High School and UNM. He has performed in a number of musicals including West Side Story (Tony), Miss Saigon (John), Grease (Danny), and The Wiz (Scarecrow).

MICHAEL RAY CARTER has been performing for several years with credits including Macbeth, Guys and Dolls and Joseph and the Amazing Technicolor Dreamcoat. He studied film production and theater performance at the University of New Mexico.