We offer sharply reduced ticket prices to students so that they may experience the golden age of musical theater.

Of all the exciting roles that will grace our stage, none is more important than a Landmark sponsor. To fulfill our dreams, we need your help.  Please go to the CONTRIBUTIONS page for more information.

But most of all, we hope our audiences take pleasure in what we do and keep coming back for more. No other theater company in New Mexico takes as its charge the rethinking, restoration and revitalization of the greatest musicals Broadway has to offer. 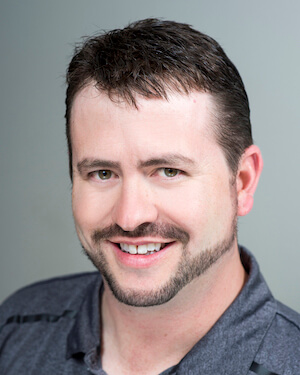 Louis Giannini joined Landmark as a choreographer in 2010 for The Fantasticks and since then has been heavily involved with this wonderful company. Louis has danced in Albuquerque with Festival Ballet Albuquerque, Ballet Repertory Theater, New Mexico Ballet and Keshet. He has been seen in featured roles in The Nutcracker the title role in Billy the Kid and Jonathan Harker in Dracula.

He has been in and choreographed numerous shows with Musical Southwest, and the Adobe Theater. He is the middle school theater director, dance director, Summer Prep theater director and the theater facilities manager at Sandia Prep. He thanks his beautiful and talented wife and his two boys for all their love and support. 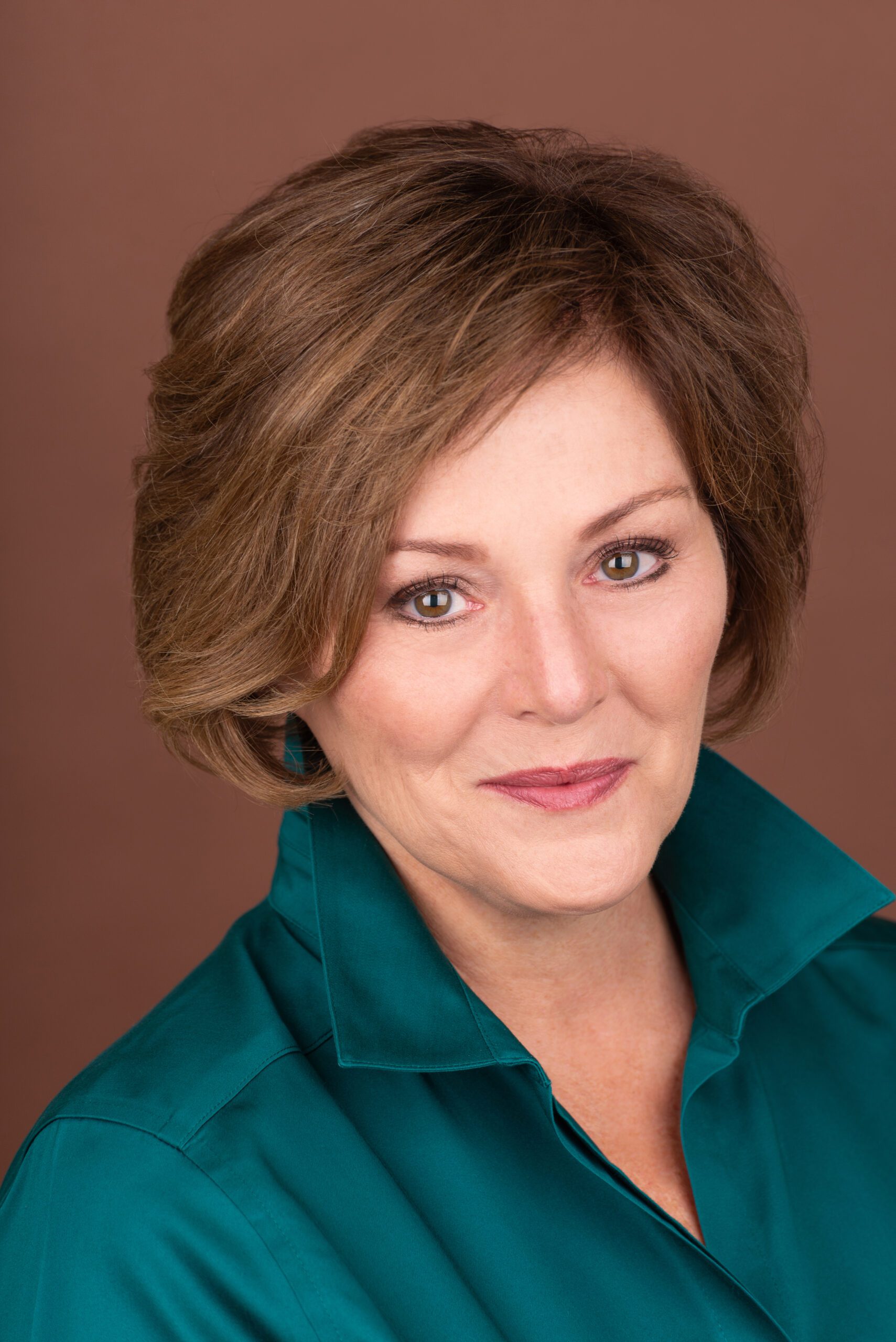 Laurie Finnegan is an actor, director, vocalist and educator.  She has directed several productions for Landmark Musicals over the years.  While she thoroughly enjoys directing, particularly large casts with children, she is most well known for her acting and singing. Laurie has performed professionally across the country and locally at several of the theaters in Albuquerque.

Laurie most recently appeared in Landmark’s production of Putting It Together. Other Sondheim credits include:  A Little Night Music (Petra), Sweeney Todd (Mrs. Lovett), Into the Woods (Witch) and Side by Side by Sondheim.

Although Laurie has performed numerous leading roles such as Mama Rose in Gypsy, Anna in The King and I, Adelaide in Guys and Dolls, Guinevere in Camelot, Aldonza in The Man of La Mancha and Eliza Doolittle in My Fair Lady; she is perhaps best remembered for her portrayal of Patsy Cline in A Closer Walk with Patsy Cline.  “It is an honor and a privilege to play Patsy Cline, to sing her songs, to tell her story.”

In addition to acting, singing and directing, Laurie is also a performing arts educator,  She teaches classes in acting, auditioning, vocal production and musical theater.

Laurie especially wants to thank her husband, Michael P. Finnegan, for his constant love and support. 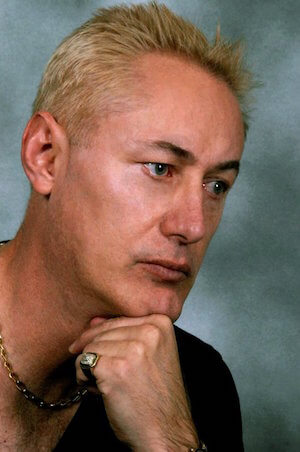 Resident Music Director Darby Fegan has been the music director/conductor for 150 musicals and operas over the last 30 years, with Fegan joining Landmark Musicals in 2014. Fegan is the former Associate Music Director for Opera Southwest, as well as a former faculty member of UNM, and NMHU.

Since 1999, Fegan has been a faculty member at Sandia Preparatory School, where he has served as choral director, music director for the music theater program, as well as Chair of Performing Arts. Since 2000, Fegan has also served as Chair of Performing Arts for the “Think Summer!” program at Albuquerque Academy. Fegan is a graduate of Southern Methodist University, where he received his master’s degree in Piano Performance, and where he was the recipient of a Meadows Dean three year fellowship. Fegan remains active as a recitialist and musical collaborator, as well as maintaining a private studio for piano and voice. 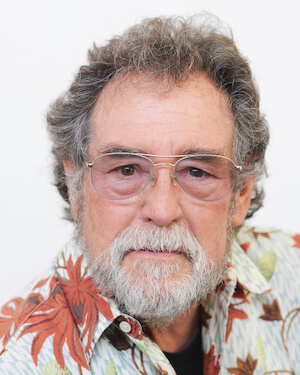 Dahl Delu began his career designing sets and costumes for classical theatre (The Tyrone Guthrie Theatre) in Minnesota, he then spent 8 years in New York working on and off Broadway and painting sets for the Metropolitan Opera. He moved to Hollywood and worked as Art Director/Production Designer for over 50 Primetime half hour series and received two EMMYS.

His series include CHEERS, Diff’rent Strokes, Silver Spoons, Facts of Life, Fresh Prince of Bel-Air, Dear John, and Bob (Newhart), Dahl moved to Albuquerque in July of 2009 and is an active part of the Albuquerque art community. Dahl has been painting in acrylic and oils since college and currently shows at The Yucca Art Gallery in Historic Old Town. He is the Production Designer for Landmark Musicals and is currently designing Into the Woods (his 23 Landmark show) and frequently designs sets and costumes for Opera Southwest. 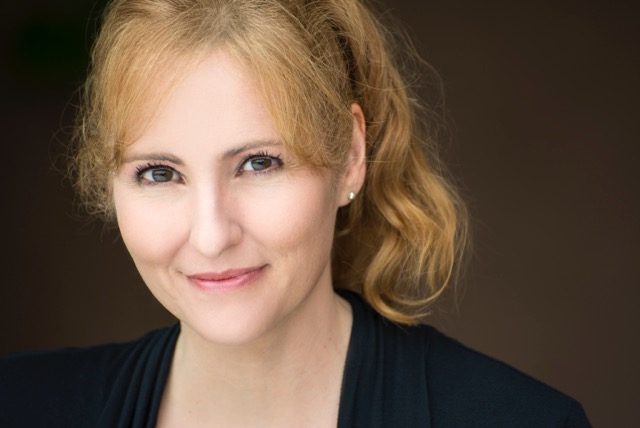 Resident Costume Designer
Erin Moots has designed and sewed for DECADES. With a BFA in Performing Arts from Eastern New Mexico University, she’s worked as a designer, a wardrobe draper, a pattern drafter, a dyer, a seamstress and dabbled in almost every fiber-art technique you can imagine. She initiated the Fashion Design program with Albuquerque Academy’s “Think Summer,” was Resident Costume Designer and Executive Director for the Albuquerque Little Theater, set designer and costumer for The American Shakespeare project, and holds design credits with most of our local theaters. Former Chair and instructor with the Performing Arts Department at Sandia Prep has consumed her last 10 years and she’s excited for some time to focus on bringing Albuquerque’s thriving theatre community new opportunities and creative outlets! 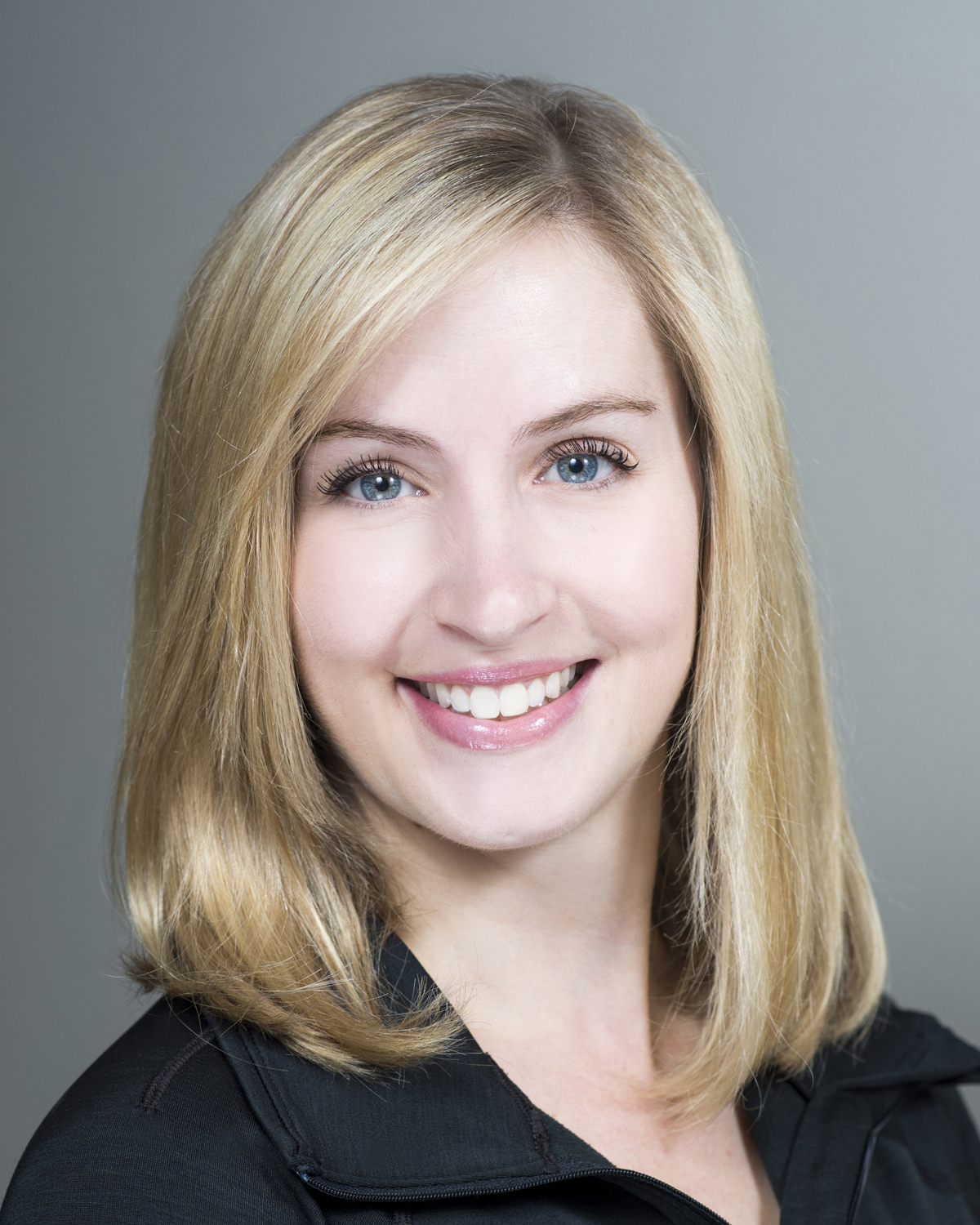 Resident Choreographer
Courtney Giannini is a native New Mexican and has been dancing for 26 years. She has competed in numerous competitions around the country and has won several national awards. Courtney is currently a member of Festival Ballet Albuquerque and has danced the role of the dew drop fairy and the lead in Fandango.

She also choreographs for Landmark Musicals with her husband Louis. For Landmark, she has danced in Carousel, A Chorus Line and Peter Pan. She coaches the dance team at Sandia Prep. Courtney thanks her husband and her two boys, Lucca and Hudson, for all their love and support. 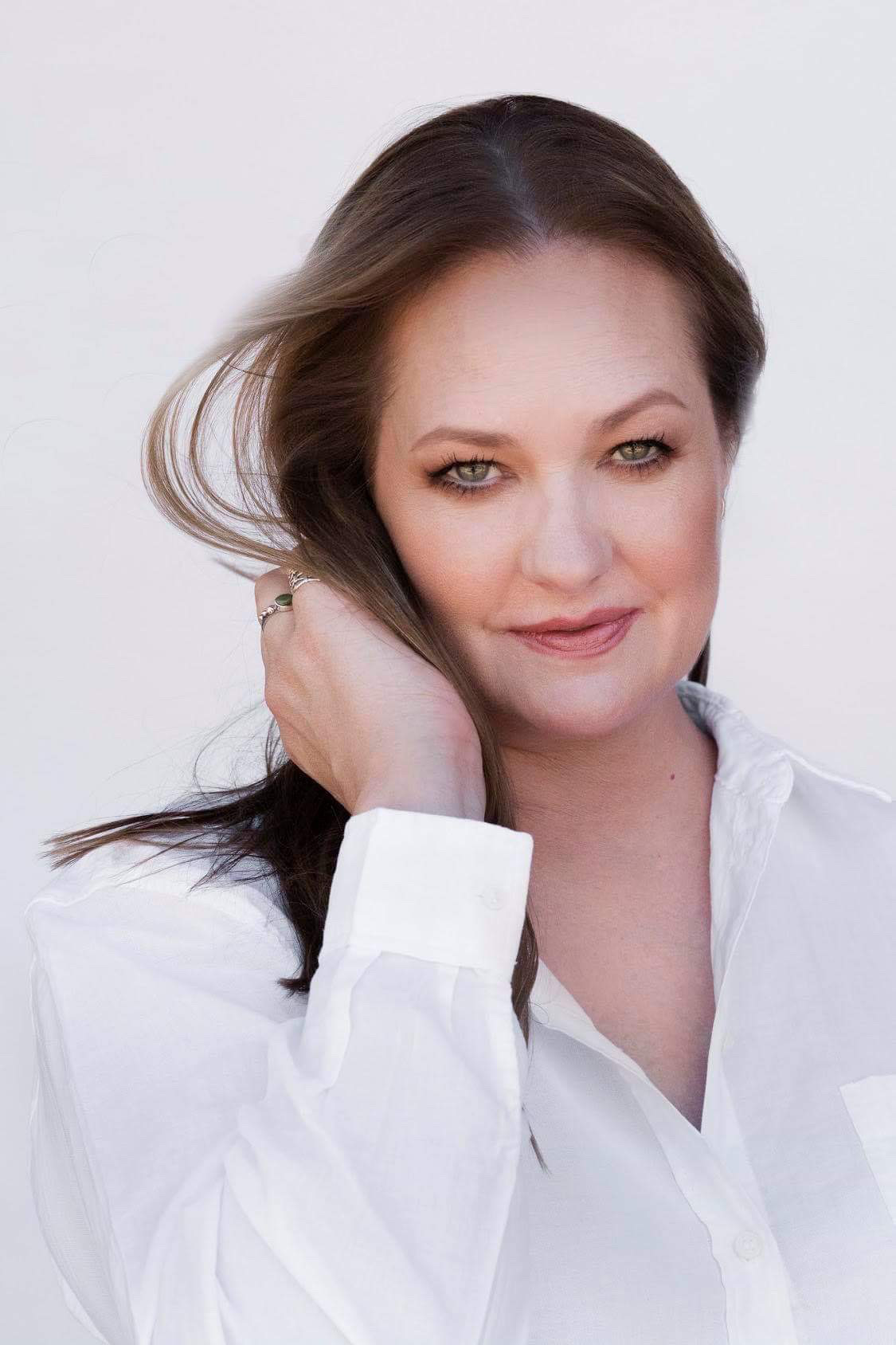 Choreographer
Krista King-Doherty is an internationally recognized and award-winning teacher and choreographer. Krista comes from a lineage of four generations of professional dancers. Prior to returning to her dance roots, Krista enjoyed a successful career as a fashion model in Europe, USA, Asia and Australia. She worked for top designers and was featured in print campaigns, magazines, on television and runways for a decade.

Since 2005, Krista’s students have repeatedly won the Youth Grand Prix Award, Grand Prix Award, and the Hope Award, in addition to overall awards in all divisions at Youth America Grand Prix. Krista’s ensemble pieces have won 1st place at YAGP 5 years in a row at the Phoenix semi-final as well as earning a spot in the prestigious top 12 at the International Finals in 2017 and 2022. Her piece won the Gold Medal, and in 2020, the Bronze Medal in the contemporary pas de deux division at YAGP NYC Finals. Krista’s daughter and lifelong student, Juliet Doherty, won the Gold Medal in both Junior Women’s and Senior Women’s Division at the YAGP Finals 2012/2014.

Krista is honored to have received the “Outstanding Choreographer” award from YAGP in 2018 and 2021 and the “Avant Garde” award for choreography from ADC/IBC in 2018. Most recently, Krista’s choreography was featured on NBC’s World of Dance Season 4. She teaches and adjudicates for national conventions and competitions and is a sought-after choreographer and guest master teacher at conservatories and intensives in the USA and internationally. Krista is the director of Fishback Studio of the Dance in NM. 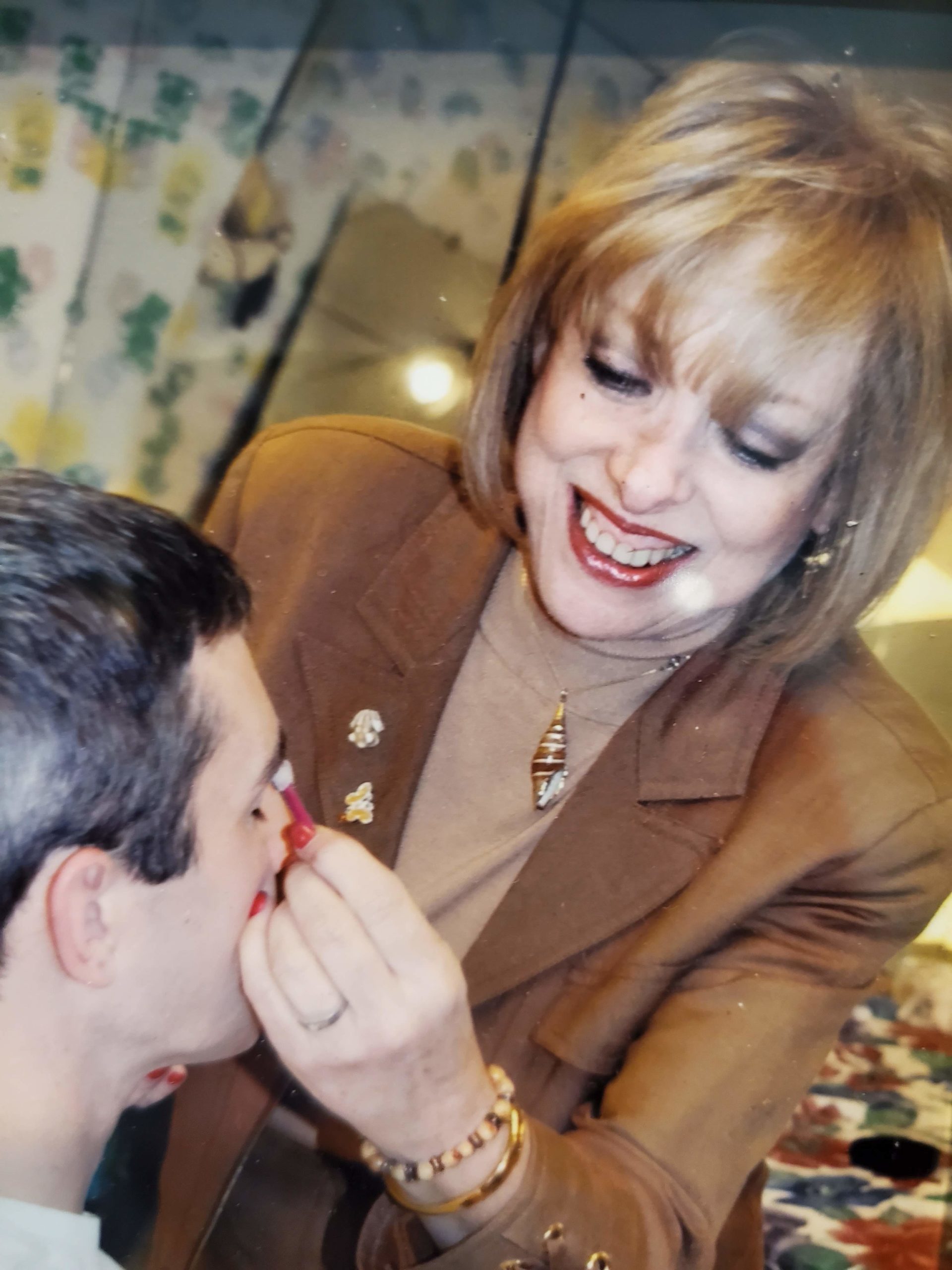 Marilyn Lafer has been doing theatrical makeup since 1979.  Starting with Albuquerque Civic Light Opera (ACLOA) under the mentorship of Sandy Luckie.  Since then she has volunteered with all the Community Theaters in Albuquerque.  In her spare time she was an Accountant, Realtor, and Professional Makeup Artist for the Movie and TV Industry.  Now retired.  Some of her favorite musicals she worked with are:  INTO THE WOODS, CAMELOT, WIZARD OF OZ, MAME, FIDDLER ON THE ROOF, PIPPIN, AND SPAMALOT.  Thank you for inviting me to be a part of Landmark Musicals. 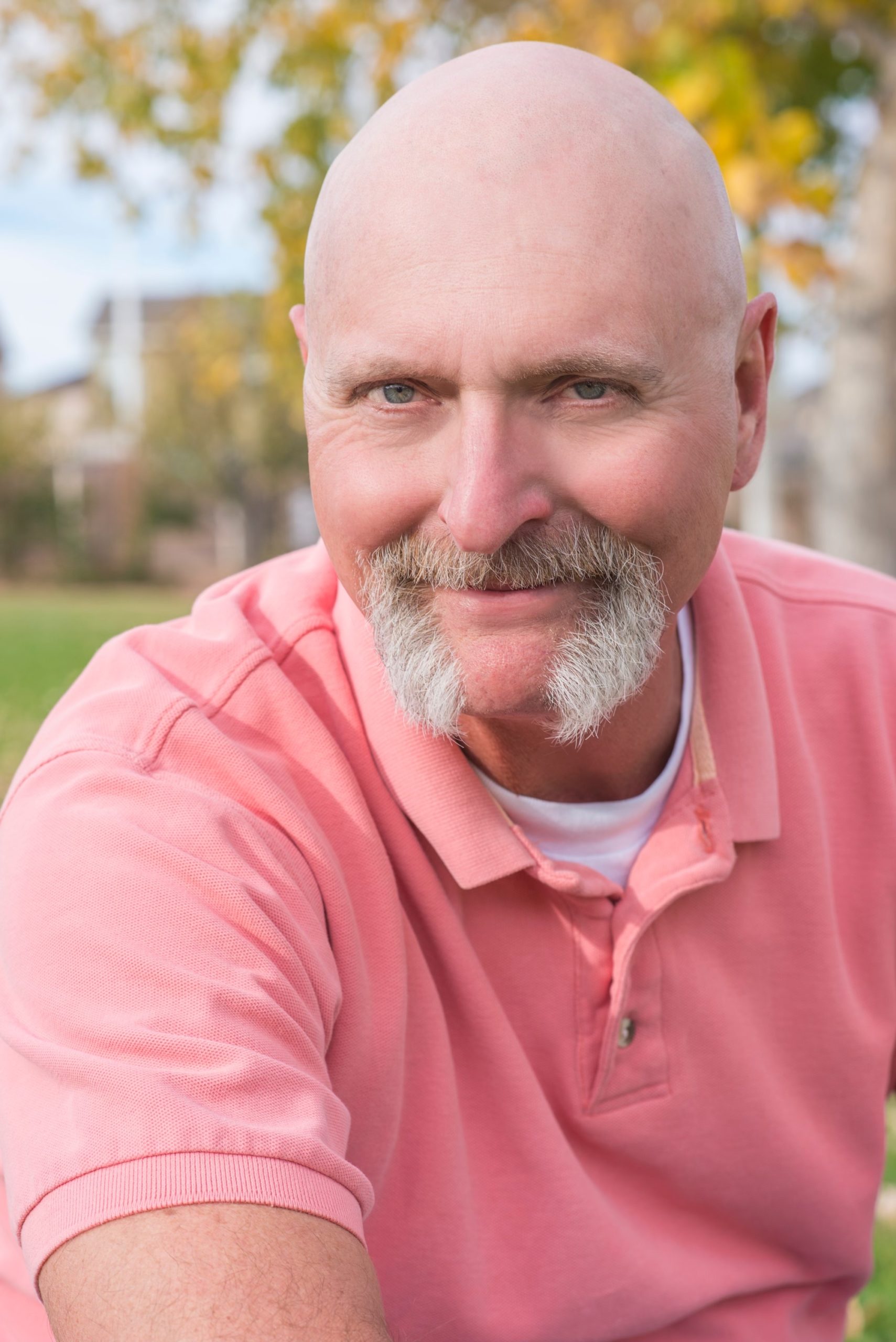 Director of Marketing & Public Relations
Gary Bearly has appeared in Landmark’s productions of My Fair Lady, as Alfred Doolittle, a gangster in Kiss Me, Kate and as the lieutenant in Guys and Dolls. Over the past 45 years he has had leading roles in The King and I, The Best Little Whorehouse in Texas, Deathtrap, Plaza Suite, and On Golden Pond. His directorial credits include Annie Get Your Gun, Ten Little Indians, I Ought To Be In Pictures, The Mousetrap, Broadway Bound, Love, Sex & The IRS and he helmed the insanity for Spamalot for Landmark. 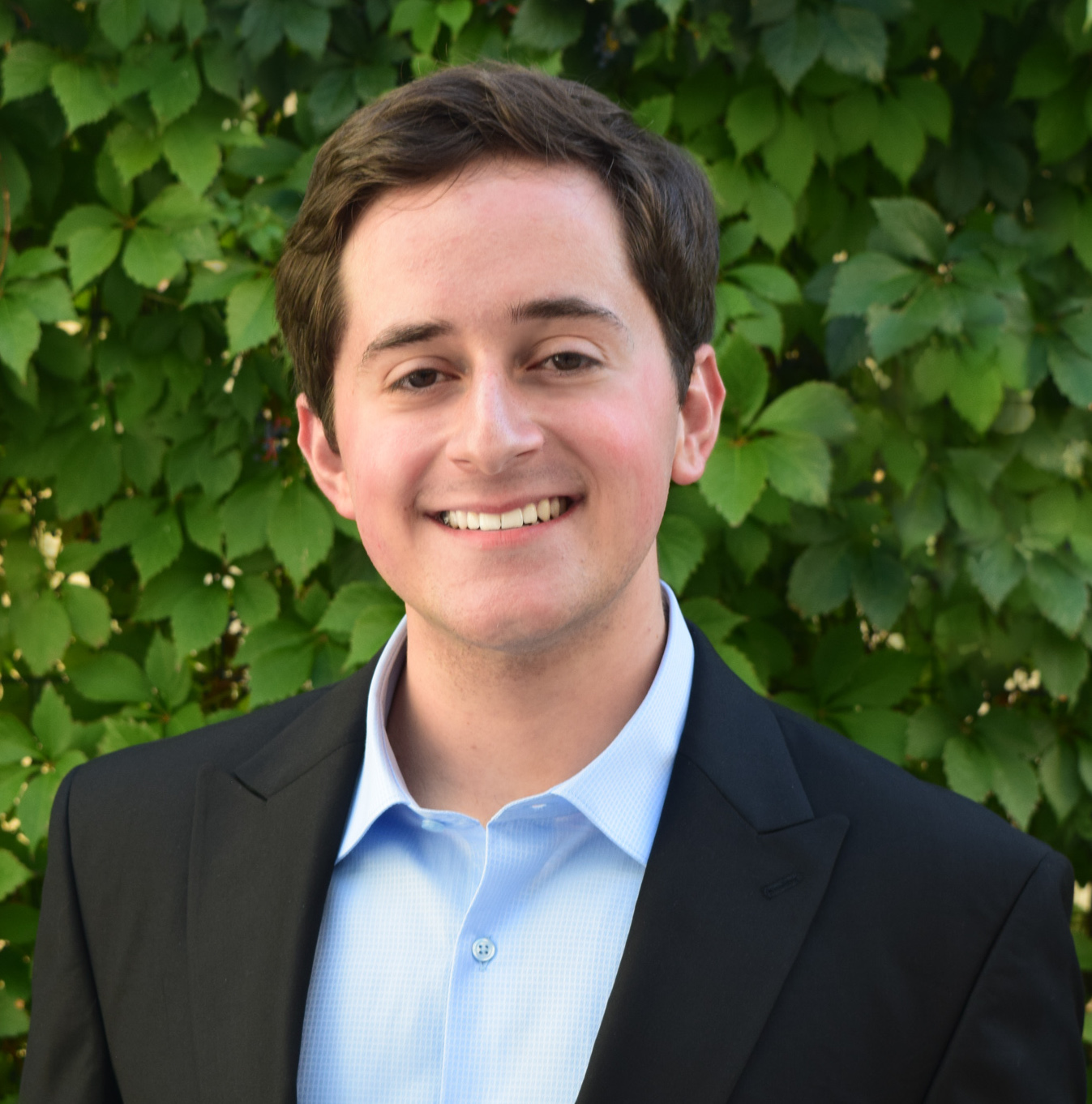 Justin Abel is a student at the University of New Mexico pursuing degrees in marketing and computer science. He works primarily as a freelance video editor specializing in promotional content. He joined Landmark Musicals in 2020 to produce virtual theater videos in the midst of the COVID-19 pandemic, resulting in his filming and editing of four successful video productions.

Justin has since expanded his role to include graphic design, marketing, and promotional content. He enjoys creating content that will put a smile on the faces of many, and is known for his efficiency, professionalism, and quality work. Justin has very much enjoyed working with a company that emphasizes community and looks forward to continuing being a part of Landmark Musicals. If you have video production needs, feel free to contact Justin at jabelabq@gmail.com. 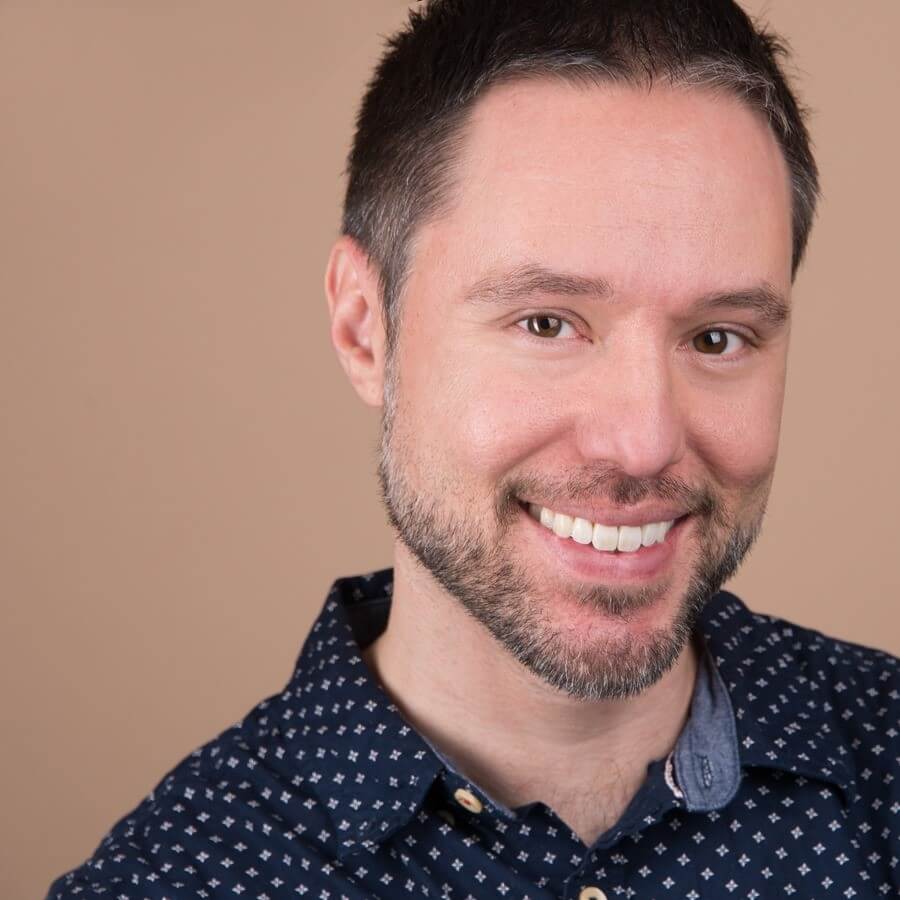 Max Woltman has been a part of the Landmark Musicals family since the company’s founding in 2008.  His background in performing arts and love of the stage enhances his ability to capture the emotional vitality and spontaneity of live theater.  In addition to taking headshots, publicity stills, and archival performance photos behind the scenes, Max has appeared onstage in Landmark productions, such as Spamalot (Sir Robin), Ragtime (Houdini), Guys & Dolls (Rusty Charlie), and Fiddler on the Roof (Motel).

An accomplished fine art photographer, Max has exhibited at venues such as The Albuquerque Museum, Mariposa Gallery, Sanitary Tortilla Factory, Sumner & Dene Gallery, EXPO New Mexico, The University of New Mexico, The New Mexico Museum of Natural History & Science, and The New Mexico Cancer Center.  In addition to Max’s contributions to the local art scene, his award-winning images have been published internationally.

Max’s specialty is documenting people.  For the last 15 years, he has worked full time photographing business portraits, headshots, families, weddings, and events.  He is sought for his observant eye, passionate voice, and gift for seeing beauty in everyone.  His kind demeanor and encouraging spirit make Max a popular choice, and not just among actors.  To see more of his work or to book a session, please visit www.maxwoltmanphotography.com. 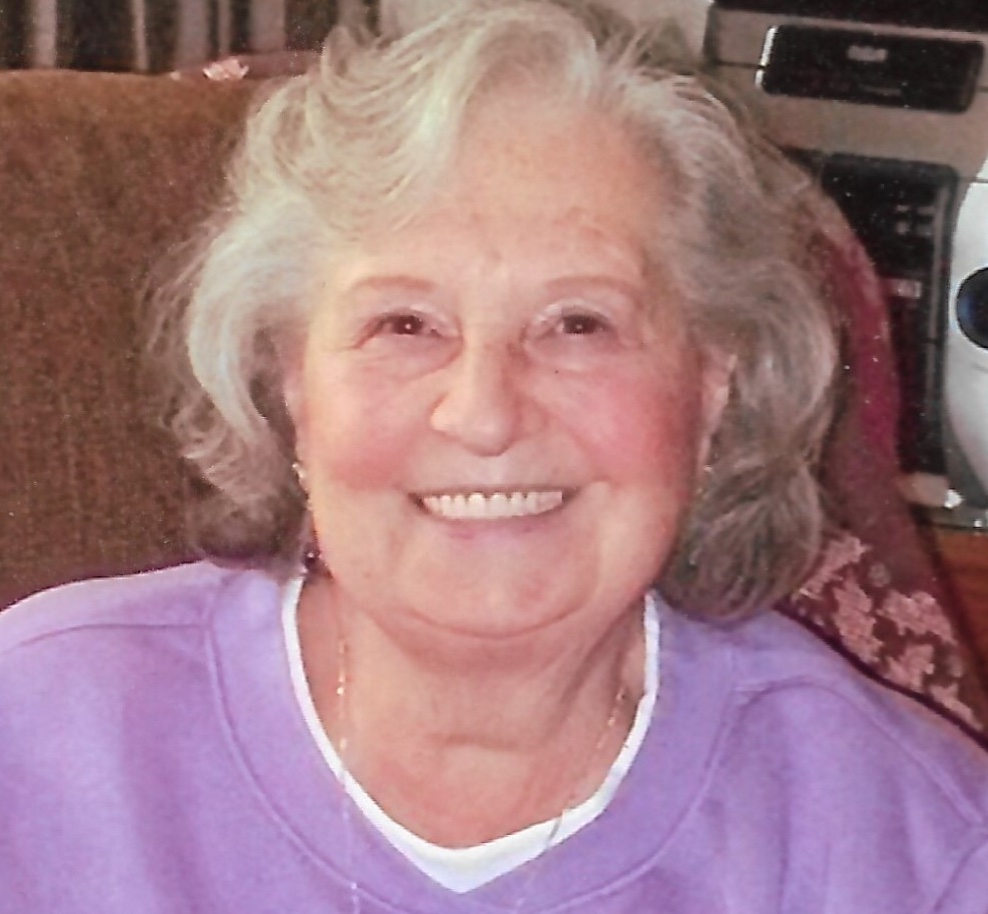 Usher Coordinator
Landmark is very fortunate to have Joyce Wall working as its Usher Coordinator. Before moving to Albuquerque, Joyce lived in New York City where she became enthralled with Broadway. As Usher Coordinator, Joyce is responsible for ensuring that we have enough volunteers to guide our patrons to their seats and to help with accommodating our patrons who have special seating requirements. Joyce loves volunteer work because it gives her the opportunity to recruit people who are as passionate about theater as she is. 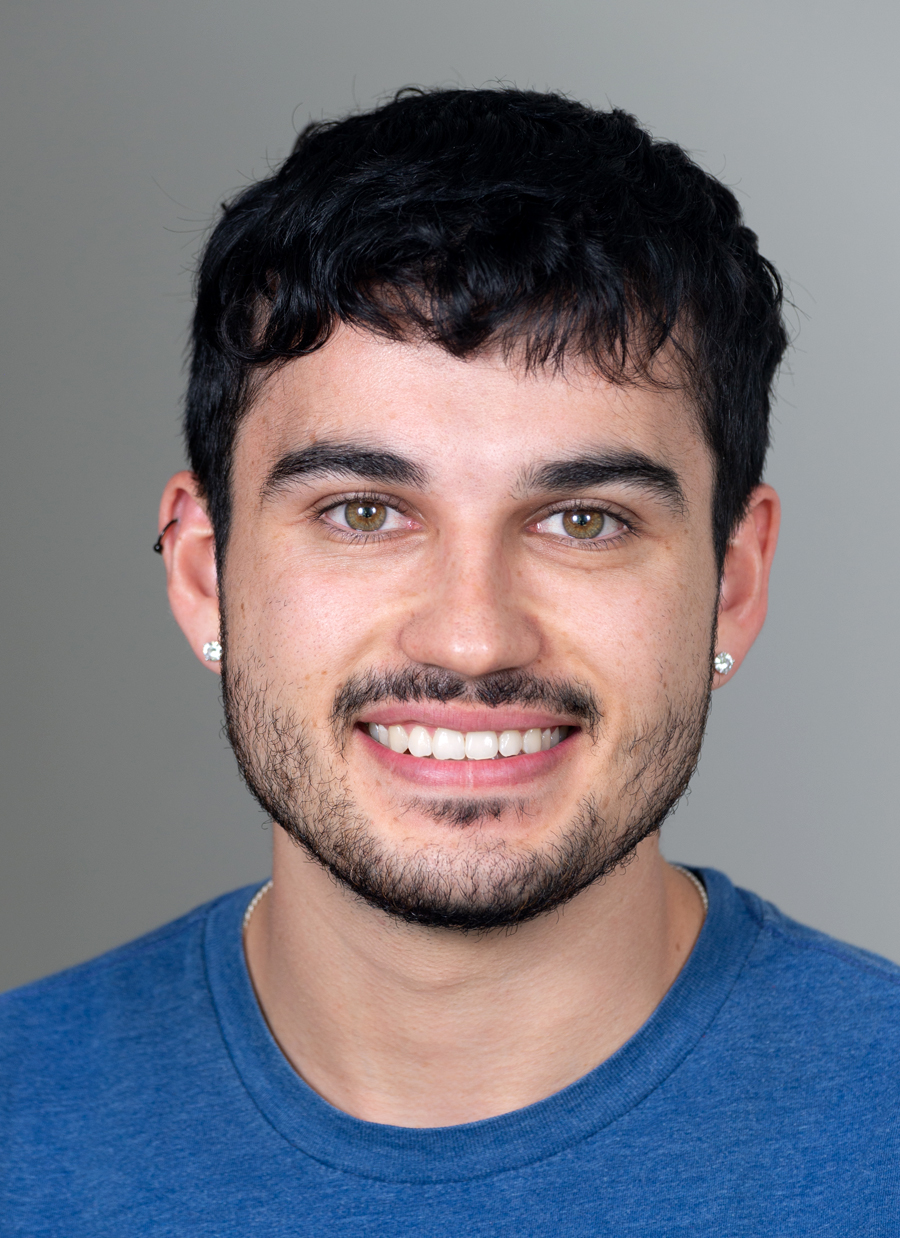 Gayle Smart has been working with the local theater community since 2000 in many capacities.  From set building, curtain making and as a backstage dresser to a fascination with the costumes and creation of pieces that go on stage.  Gayle has sewn for many years and had a business creating specialized outdoor gear.  Gayle has assisted creation of many costume sets including Oliver!, La Cage au Follies and designed costumes for A Closer Walk with Patsy Cline for Landmark Musicals in 2021. 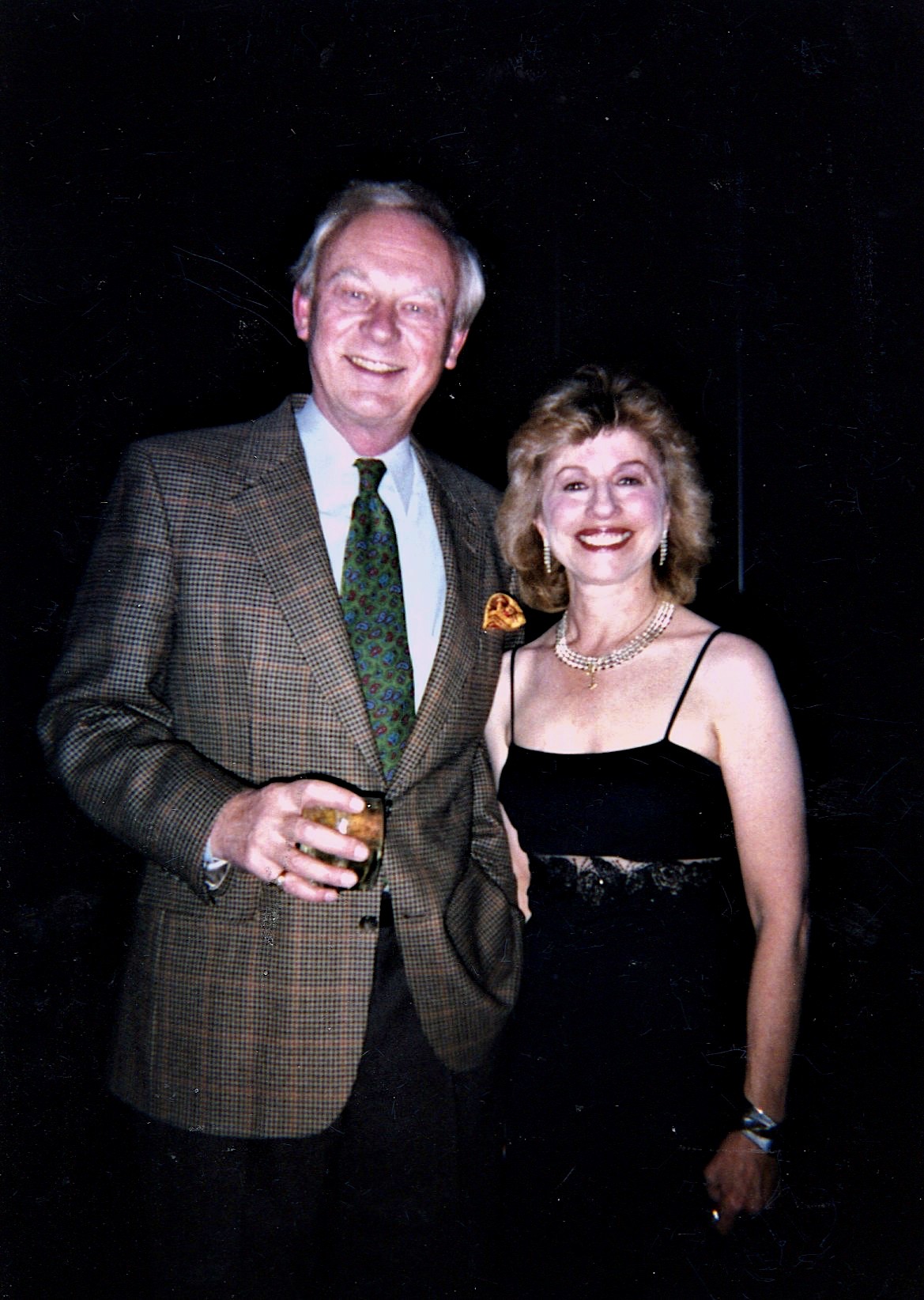 In 2008, Landmark Musicals was brought to life by Myra and Bob Cochnar. When they first moved to Albuquerque, they brought local performers together in their living room for “musical salons.” Funneling their love of musical theater, live orchestras, their talent, experience and sheer determination, they formed Landmark 14 years ago. Up until their retirement in 2021, they worked tirelessly to bring Albuquerque audiences outstanding musical theater. We owe Myra and Bob a huge debt of gratitude.