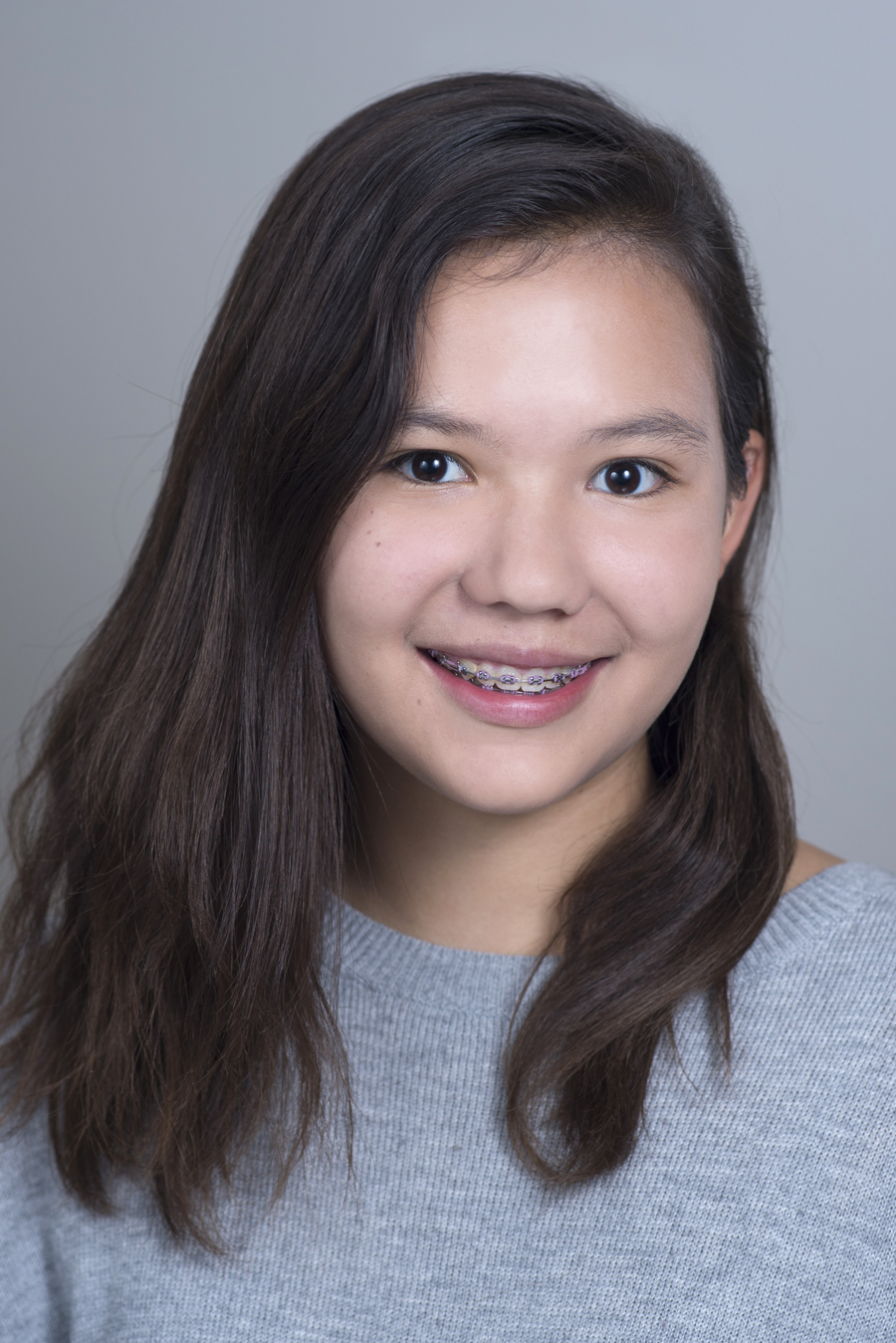 ABIGAIL DODD is very enthusiastic about theater. This is her first community theater production at Landmark. She is 14 years old and in 8th grade at Desert Ridge Middle School. She loves to sing and dance, and she also likes playing her oboe and working through geometry problems. 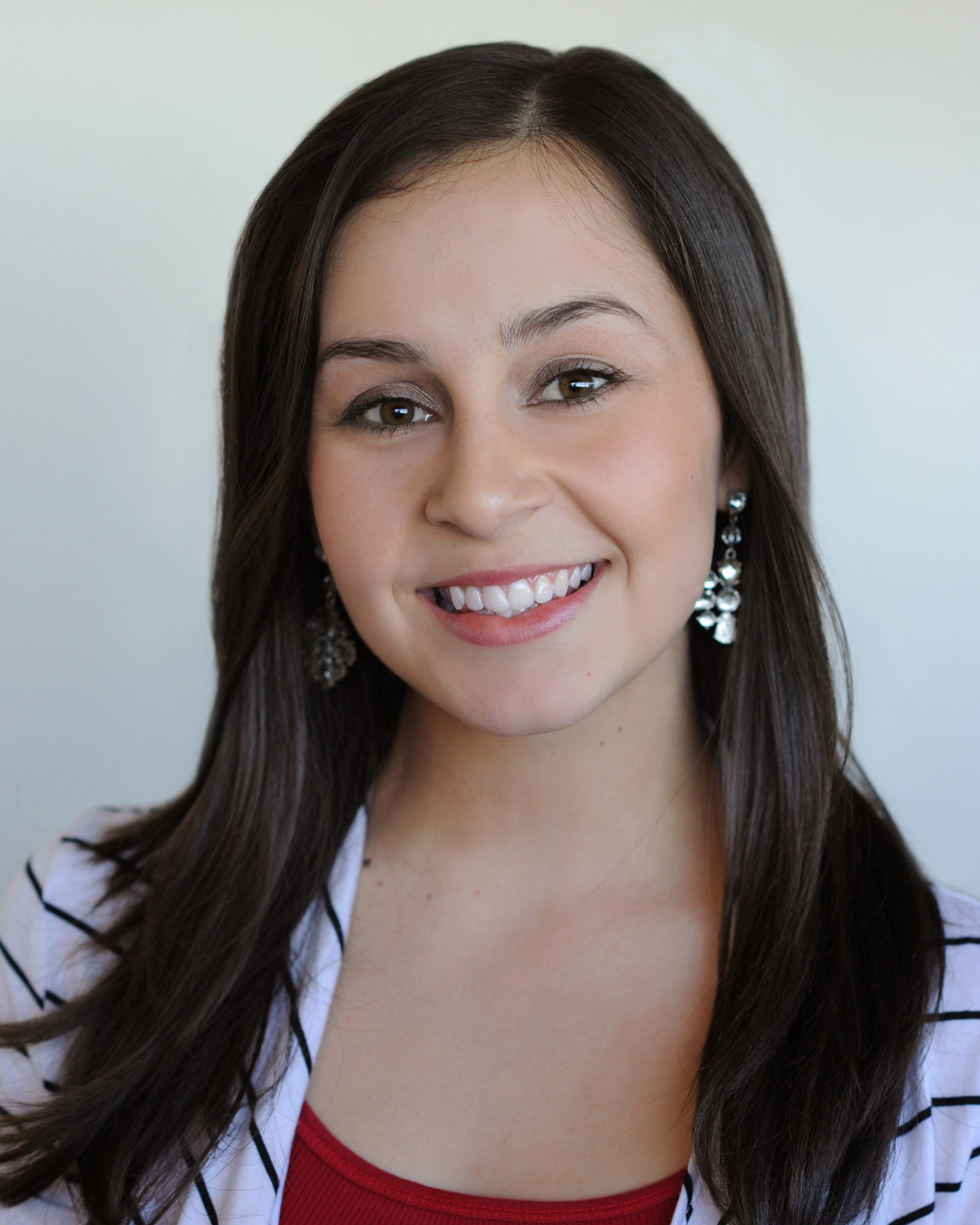 ADRIANNA DEUEL has been spotted on various stages including the stage at Carnegie Hall. She is delighted to be making her Landmark Musicals debut. Her most recent roles include Margot Frank in the Diary of Anne Frank and Sphrintze in her school’s production of Fiddler. Adri is also a musician, playing piano and singing for local groups. In her free time, she enjoys playing volleyball and Ul-timate Frisbee, reading from her extensive library and being creative and imaginative. 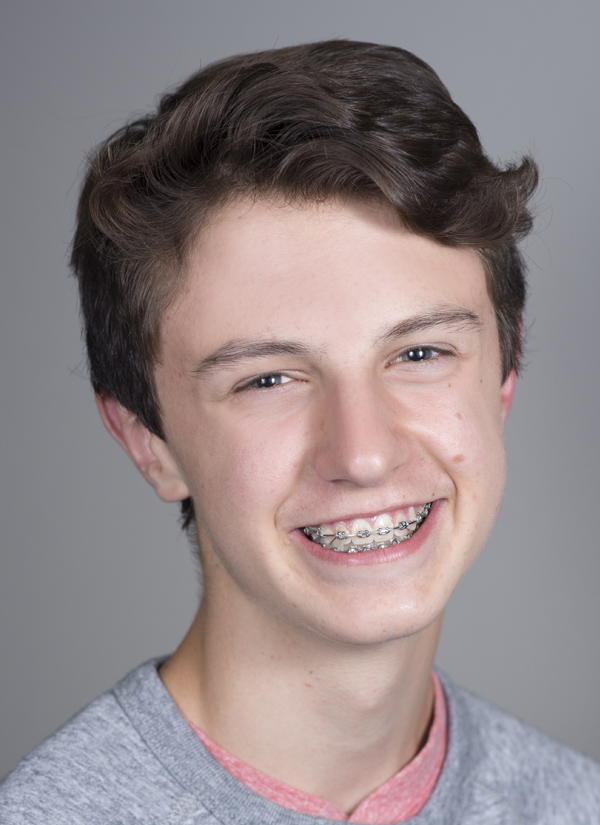 AIDAN LESTER is excited to be working with the wonderful and talented people at Landmark Musicals. He was a Lost Boy in Peter Pan. Other roles that Aidan has enjoyed are Prince Eric in The Little Mermaid, Jr, and Pinocchio in Shrek the Musical, Jr. Aidan sings in choir and plays guitar in the jazz band at Bosque School. He thanks his parents and Louis G. for their support! 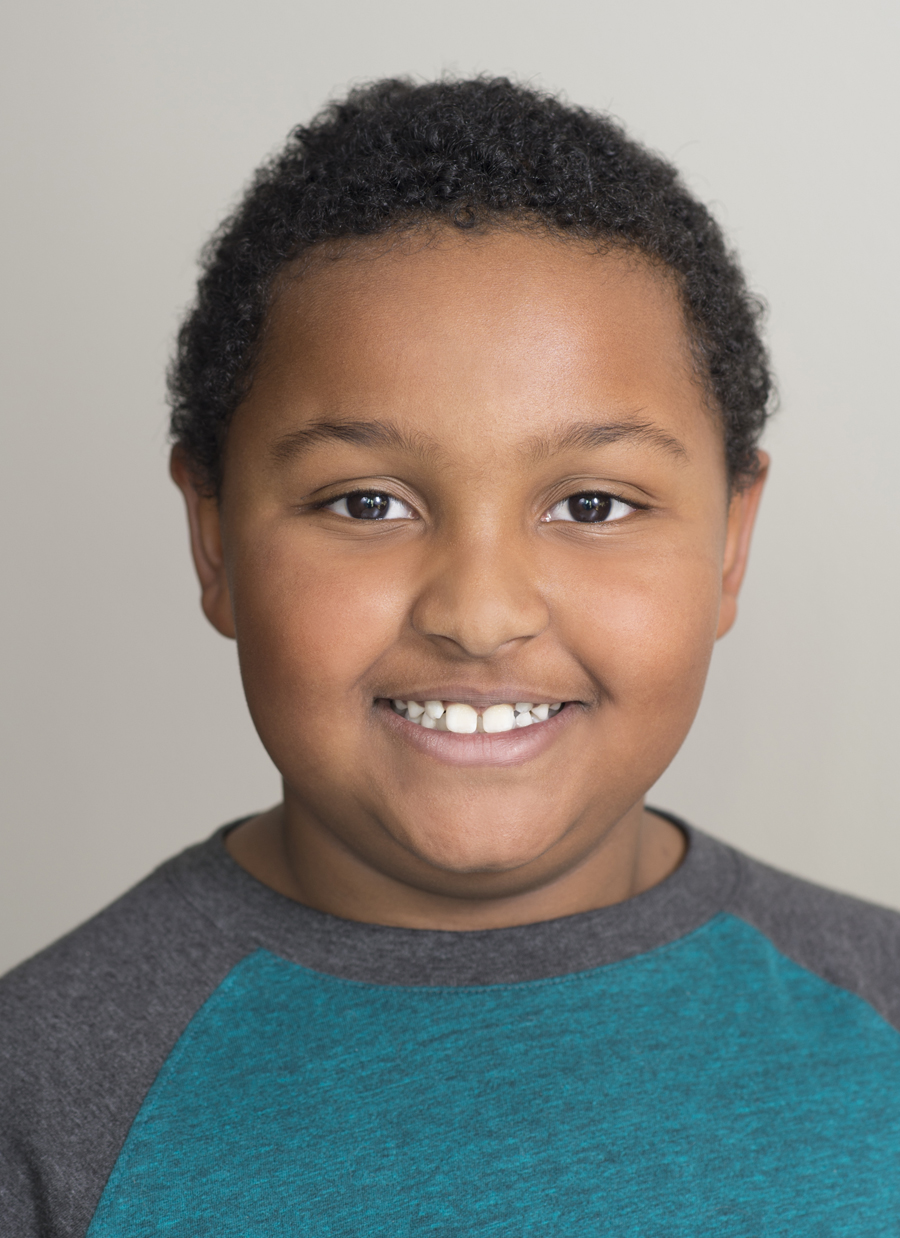 AIDEN DIXON performed in Ragtime as his second show, with the first being South Pacific. He caught the acting bug from his sister and is following her lead on stage. Aiden loves video games and Spongebob the Musical. He dedicates his performances to his teachers at Osuna Elementary–Ms. Gonzales, Ms. Stackpole and Mrs. Nerhood. 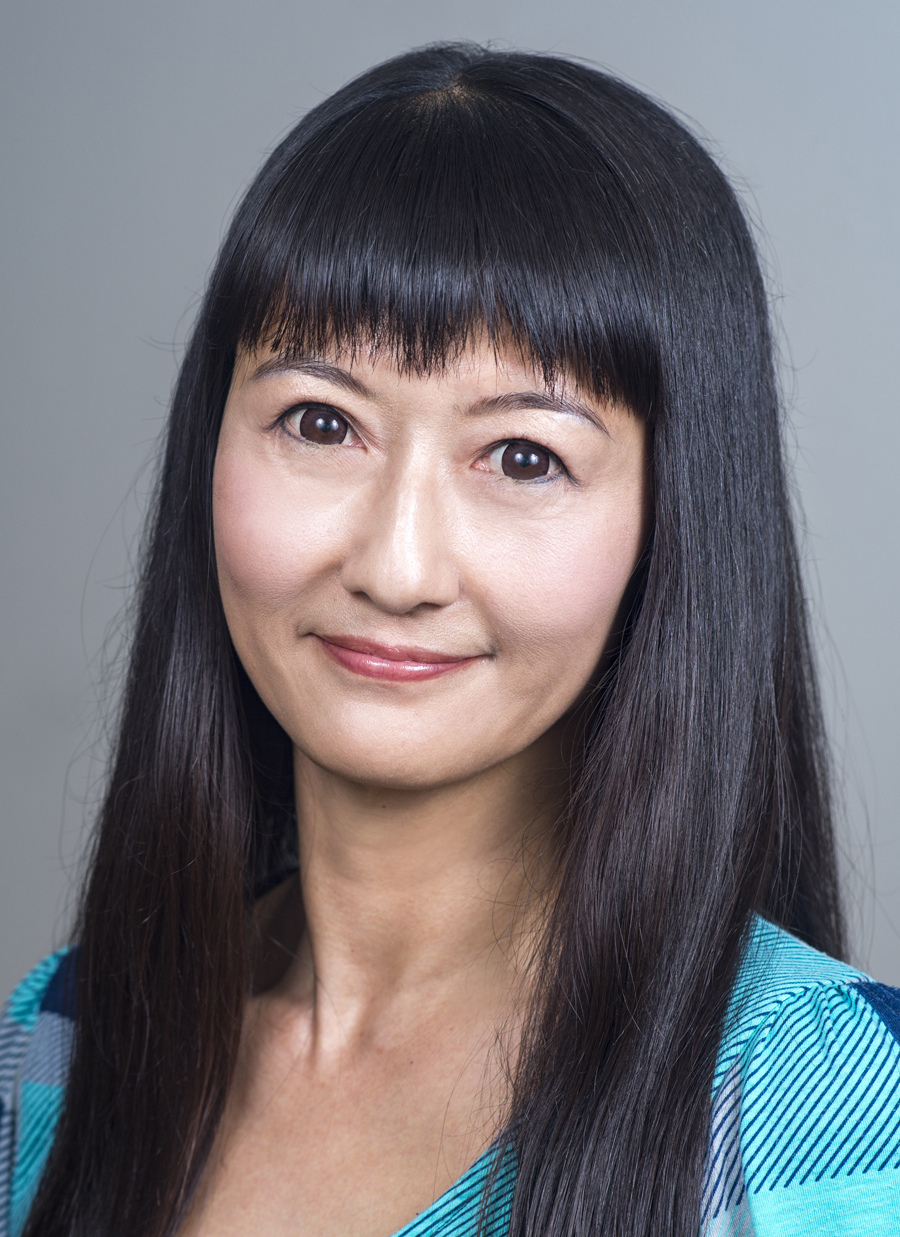 AKIKO STACY graduated from UNM with a B.S. in family studies and a psychology minor. She is currently working as a personal assistant/accountant. She has appeared in films, commercials, and modeling campaigns. A special thanks to the cast and crew for a great experience. Finally, she thanks the audience for its patronage. 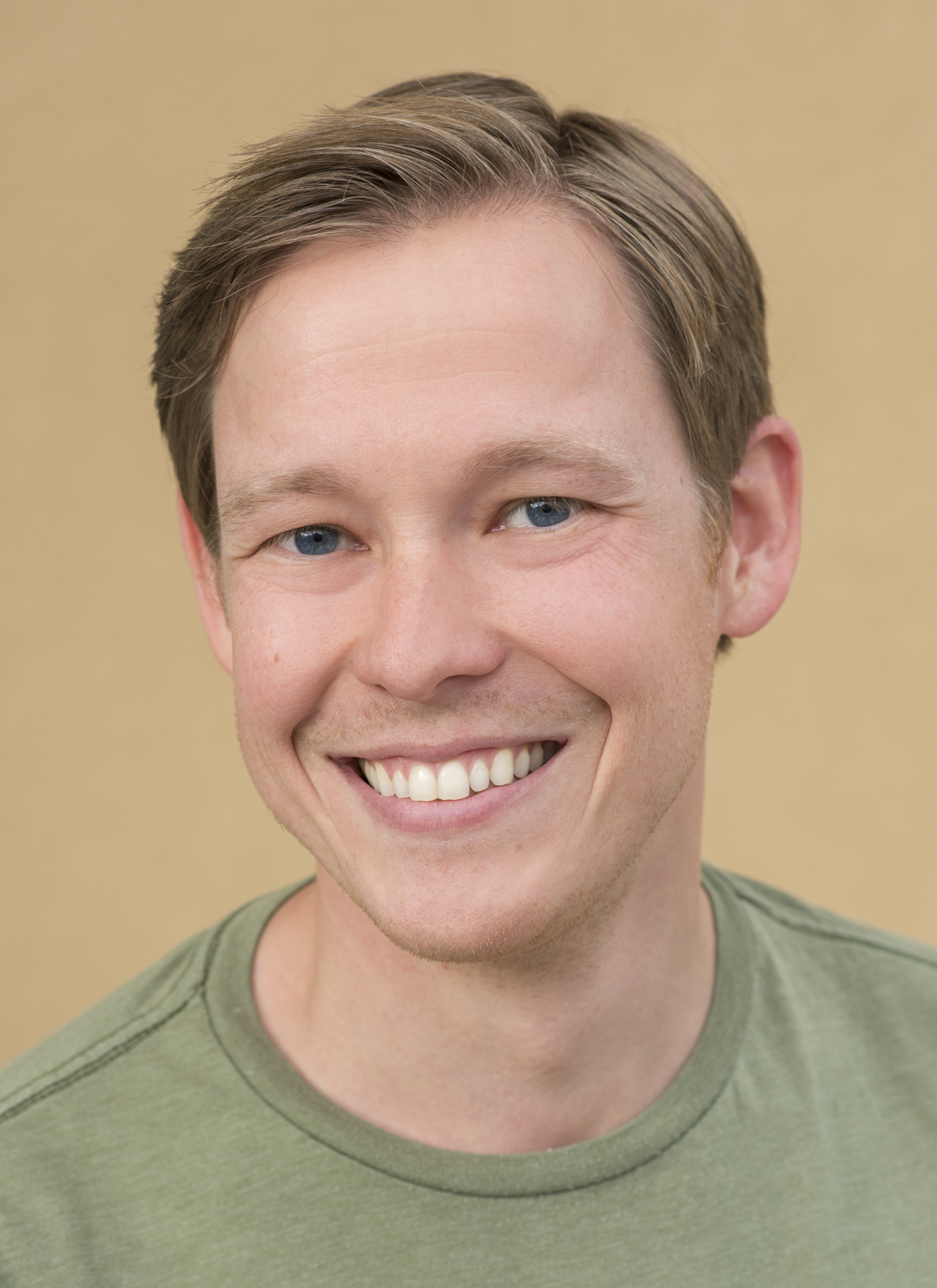 ALAN DAUGHTERY appeared as Marcellus in the Landmark production of The Music Man. He comes to us from Missouri where he received his BFA in theatre performance from Missouri State University. Alan spent three years working in Florida with Seaside Repertory Theatre before relocating to Albuquerque to marry his beautiful wife. Favorite roles have included Dr. John Watson in The Hound of the Baskervilles and Clown #1 in The 39 Steps. 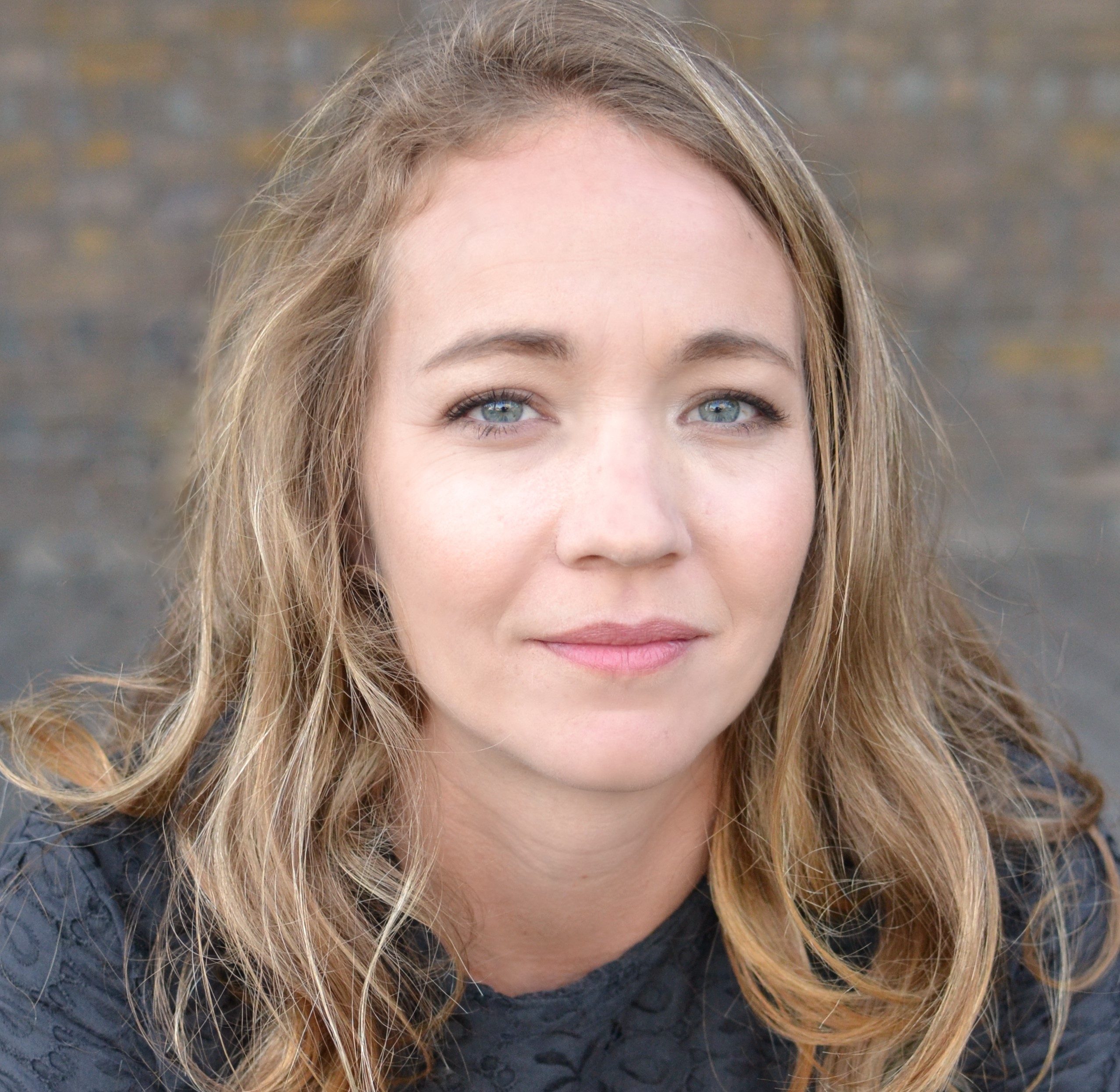 ALEAH MONTANO has been performing on Albuquerque’s community stages for many years. Her first love is musical theater, and she has been blessed to play some iconic roles with this company including Marian (The Music Man), Rosemary (How to Succeed…) and most recently Martha Cratchit. Aleah has also performed with the Vortex as Titania (Midsommer Night’s Dream), Lady MacBeth (The Scottish Play) Katherina (Taming of the Shrew) and Regan (King Lear). Other favorite roles include Anna (Burn This) at the Aux Dog Theater, and Mynx/Hope/Jill in the world premiere of Mynx and Savage for AACT’s new works festival. As always, thank you to my beautiful family for their support and to the incredible audience that keeps ABQ arts strong.

ALEAH WALDRON is a UNM graduate and has been acting on local stages since 1996. She has designed costumes for many of Albuquerque’s theaters. Favorite roles as a performer include Martha in UNM’s The Secret Garden, guest vocalist for Tricklock’s Cowboys Are My Weakness, and Talley’s Folly at the Adobe. She is extremely grateful to the talented cast of The Music Man for its patience with her in the dual roles of Marian and Costume Designer and also to TN, LB, CL, and the rest of CFAR for putting up with DMRA. 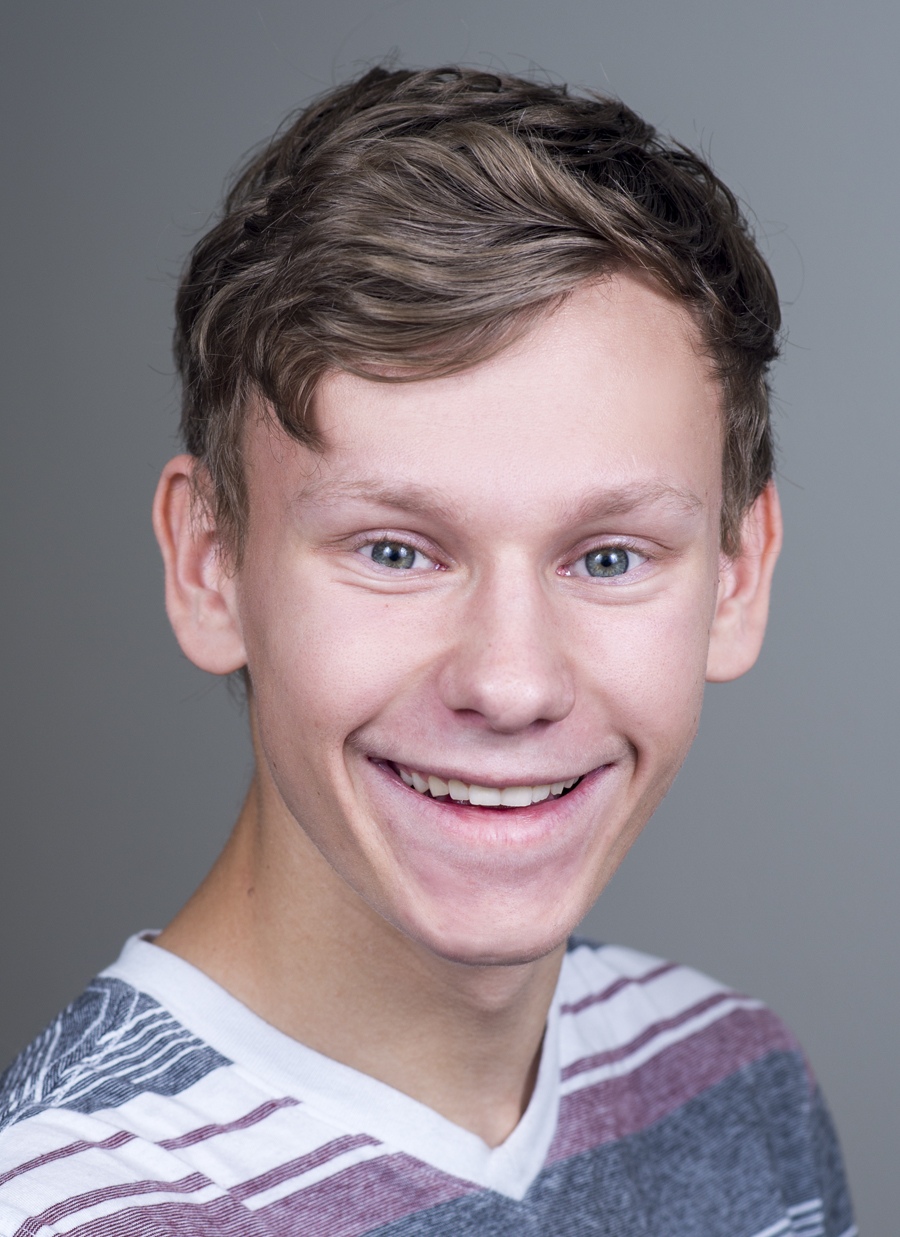 ALESH MILLION has performed as an extra in several films. Theater really took over his life in high school, where he played Randolph MacAfee in Bye, Bye Birdie and Max Detweiler in The Sound of Music. His Max won him the title of Best Supporting Actor in New Mexico. 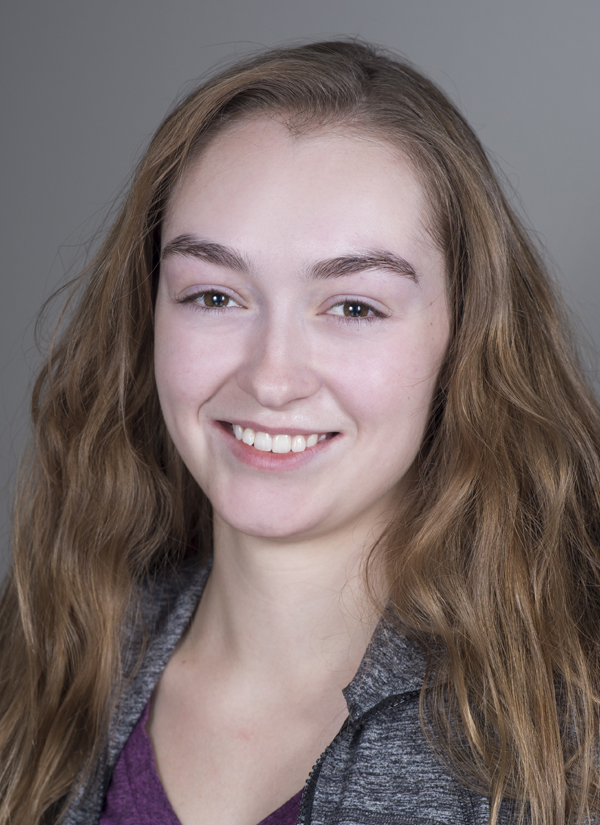 ALEX CALL is in her fifth Landmark show. She has danced in Peter Pan, Pippin, Kiss Me Kate, and A Christmas Carol. She is excited to be a part of Landmark Musicals, and thanks everyone involved.

ALEX CHARLES KLEBENOW has performed in numerous musical theater, choral and opera companies, including Opera Americana, in which he appeared in the second U.S. production of the John Phillip Sousa opera El Capitan; the Washington Opera, appearing in Il Guarany, starring Placido Domingo; The Kennedy Honors; the New Orleans Opera Association; Opera Southwest, and the New Mexico Symphonic Chorus. He sings in the choir of St. Michael and All Angels Episcopal church. A survivor of Hurricane Katrina and cancer, he and his husband have three dogs, Ludwig, Samson and Delilah and three birds, Figaro, Cyrano and Alcina. 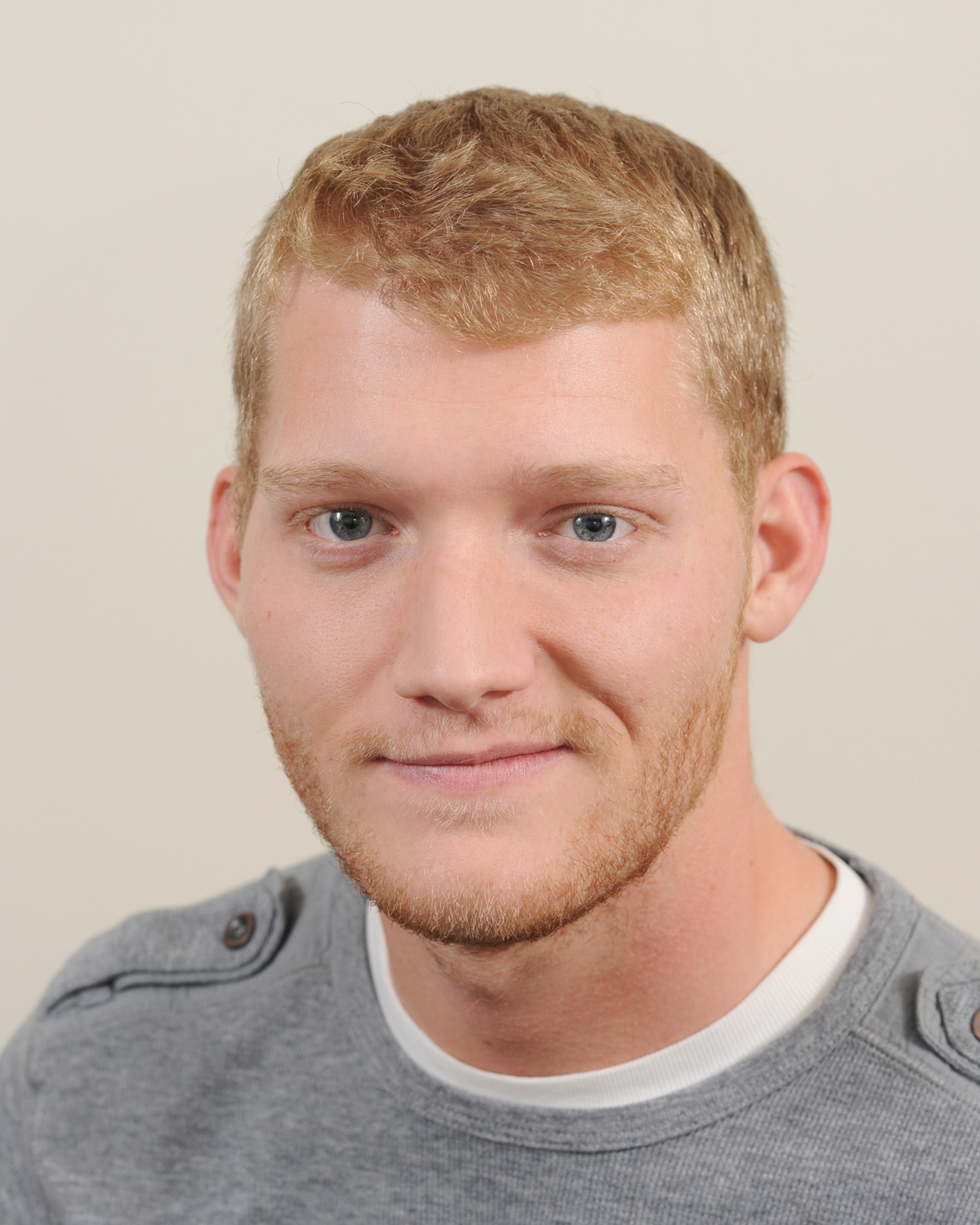 ALEX WASSON was born in Texas and moved to New Mexico in 2006 to gain an appreciation for the color brown. He is currently studying psychology at the University of New Mexico and has recently appeared in UNM productions of Revenge of the Space Pandas and The Invasive Kind as well as The Curse of the Starving Class at the Vortex. 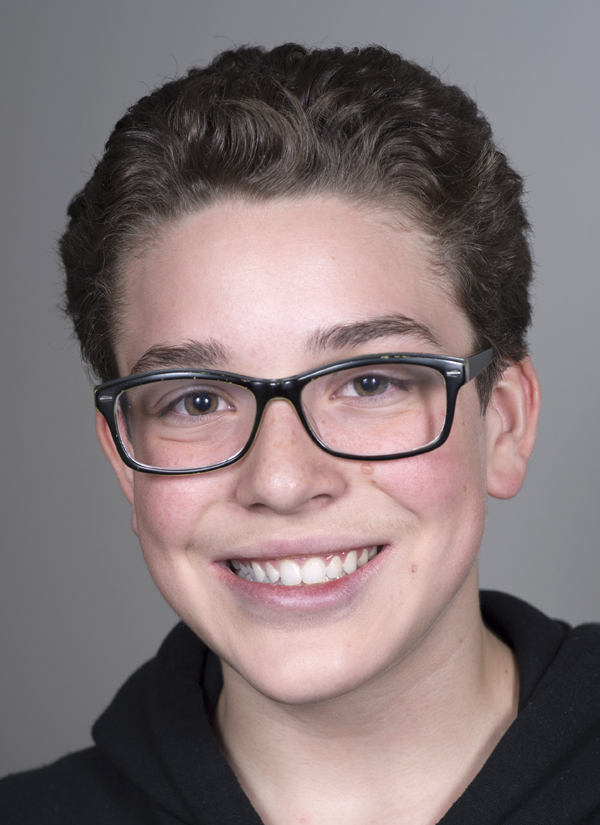 ALEXANDER BACA began studying acting in 2011. He debuted in 2015 as Louis Leonowens in ALT’s production of The King and I. He has since been cast in light other productions, He attends Public Academy lo performing Arts where he also excels in acting classes as well as flamenco dance. He says he loves the thrill of the stage as well as the relationships he makes. Alexander is excited to be part of this wonderful cast. He dedicates his performances to his two families who love and support his passion for acting.

ALEXANDRA MARTINEZ is a native New Mexico can and a UNM graduate where she earned her degree in music. She has performed with Opera Southwest, UNM’s Opera Theatre, Las Cantantesand the Concert Choir. In 2012, she made her European debut with the International Lyric Academy in Viterbo, Italy. She has performed the roles of Pamina (The Magic Flute), Pernille (The Beautiful Bridegroom), Adele (Die Fledermaus), Suor Genoviefta (Suor Angelica), and Anna (Le Villi). She will continue to perform locally and prepare to attend graduate school. Alexandra is pleased to make her musical theater debut with Landmark Musicals. 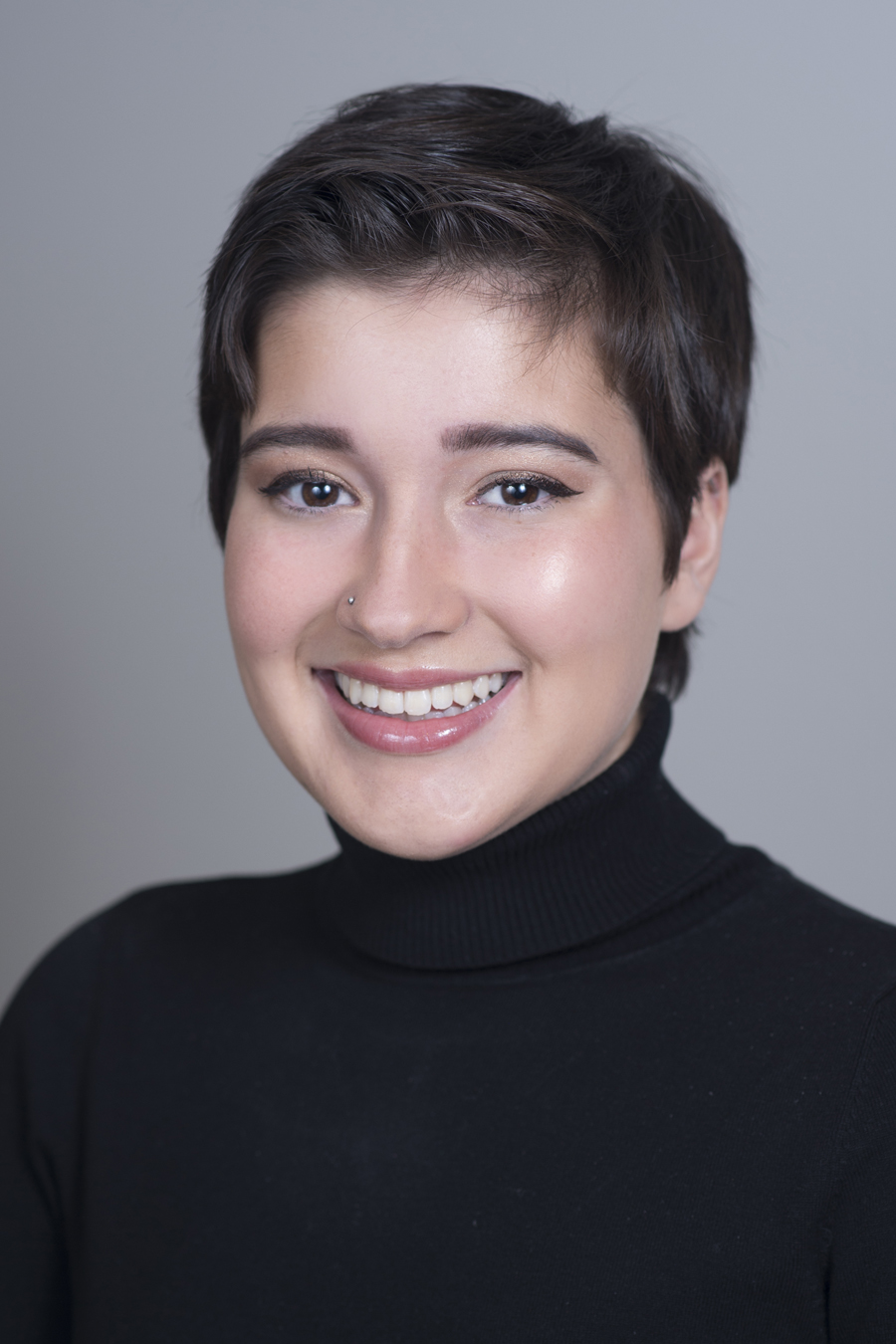 ALI CUELLAR is a UNM sophomore and studies theater and secondary education. She is involved with the Alpha Chi Omega fraternity as well as Saturday Morning Theater Classes for Young People as an assistant teacher. She hopes you enjoy the show!

ALICE HALTER says it has been a great experience working with the Landmark cast. She has been taking private voice lessons and dancing for several years. She plays tennis and the piano. Alice thanks her family for always being so supportive. “I love you guys!”

ALIVIA ABERNATHY is in her first musical and is super excited to be here performing with all of my new friends. I’m 10 years old and love dance, art and being outside in nature. Thank you to Cathleen Wilder and Louis Giannini for encouraging me and an even bigger thank you to my family for their love and support. 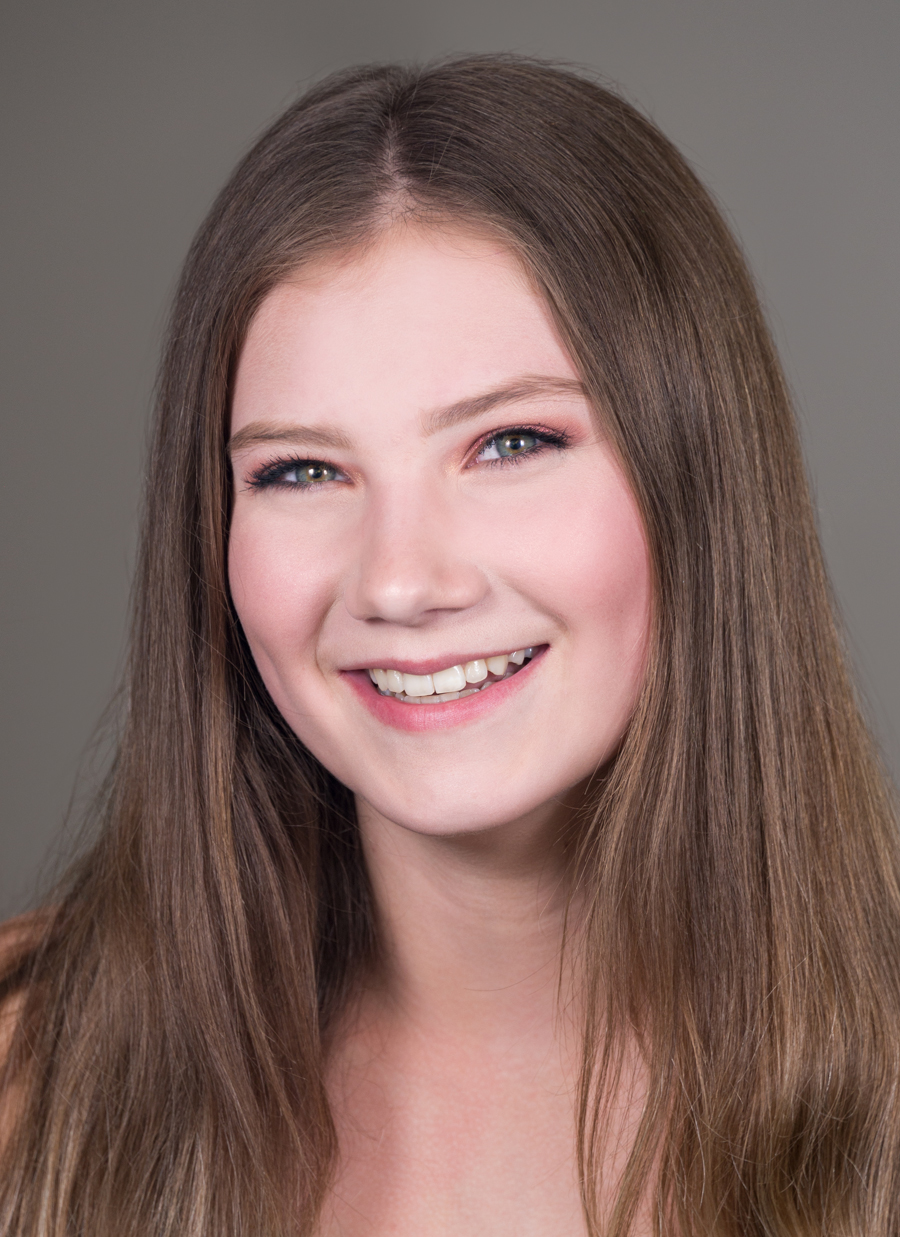 ALLISON LIUM is enjoying her shows with Landmark. She is a student at Sandia Prep and enjoys performing in its theater department. She is also a part of the Sandia Prep varsity dance team. She was seen as Chiffon in Little Shop of Horrors. 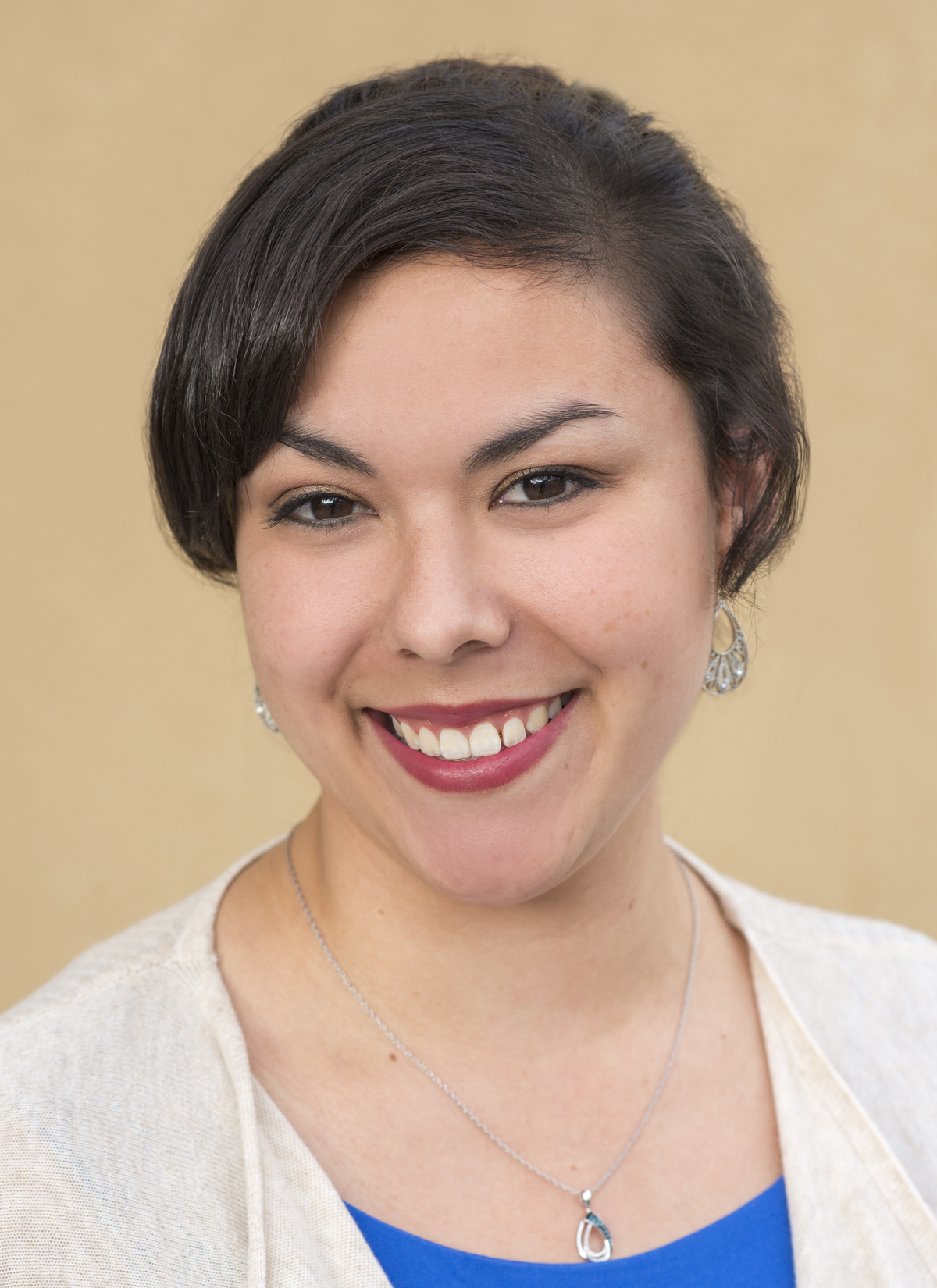 AMANDA ORTIZ is delighted to be performing in her first musical with Landmark. She is currently working as the elementary music specialist at Kearny Elementary in Santa Fe. Though she loves helping children learn and grow in the art of making music and performing, she could not be more excited to have the opportunity to be a performer again. Thank you to Landmark for this wonderful opportunity!

AMY LEIGH BINGEN is working toward her BFA in musical theater at Santa Fe University of Art and Design. From Woodland Park, Colo, she has been involved in theater for ten years. Her recent work includes 1776, The Wedding Singer, Waiting for Lefty and Angels in America. 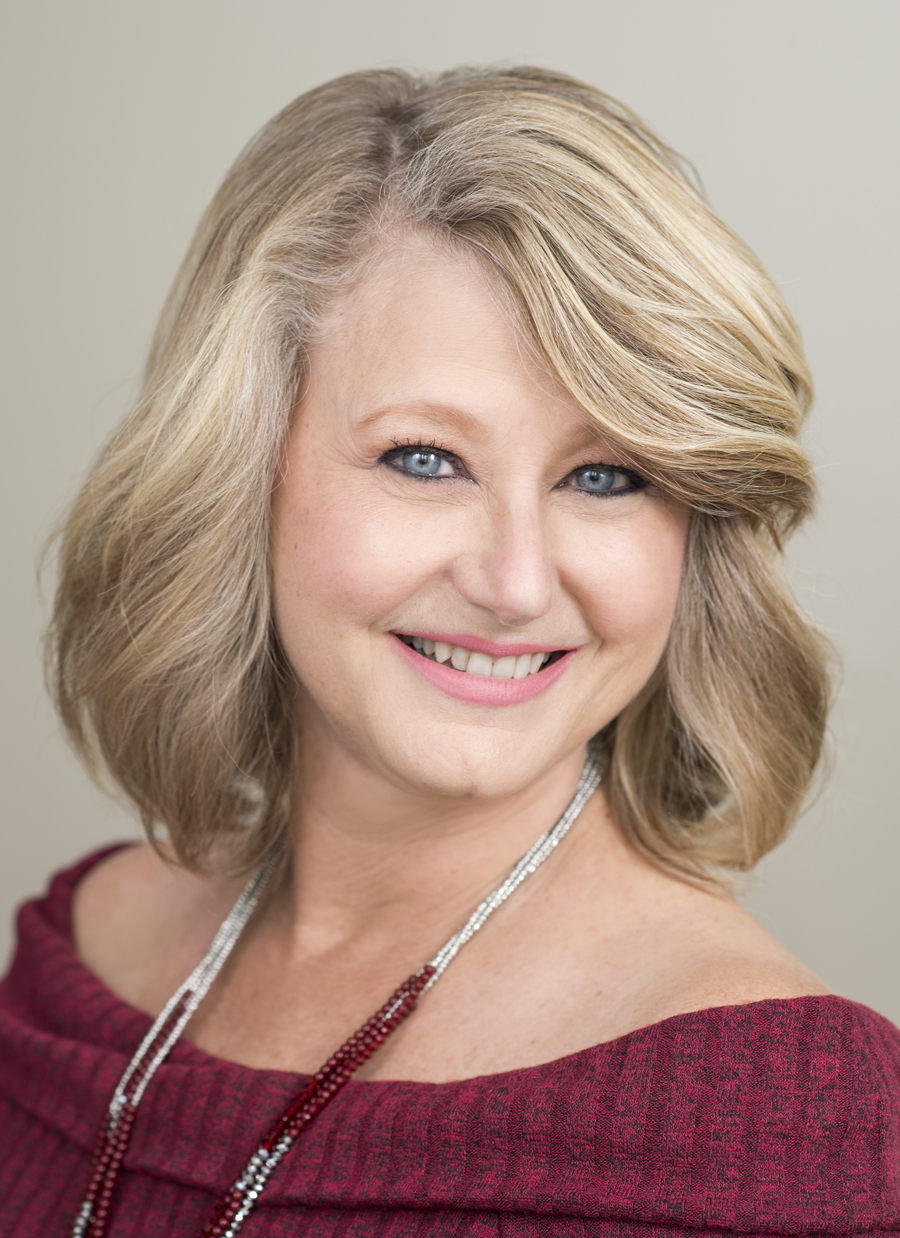 AMY POLAND has a long history on the Albuquerque stage. Her work includes a wide variety of leading roles. The King and I, My Fair Lady, Peter Pan, Funny Girl and Nunsense are among her favorites. She played the part of Kate in Landmark’s production of Kiss Me, Kate. Much love and thanks to her family for all their support. 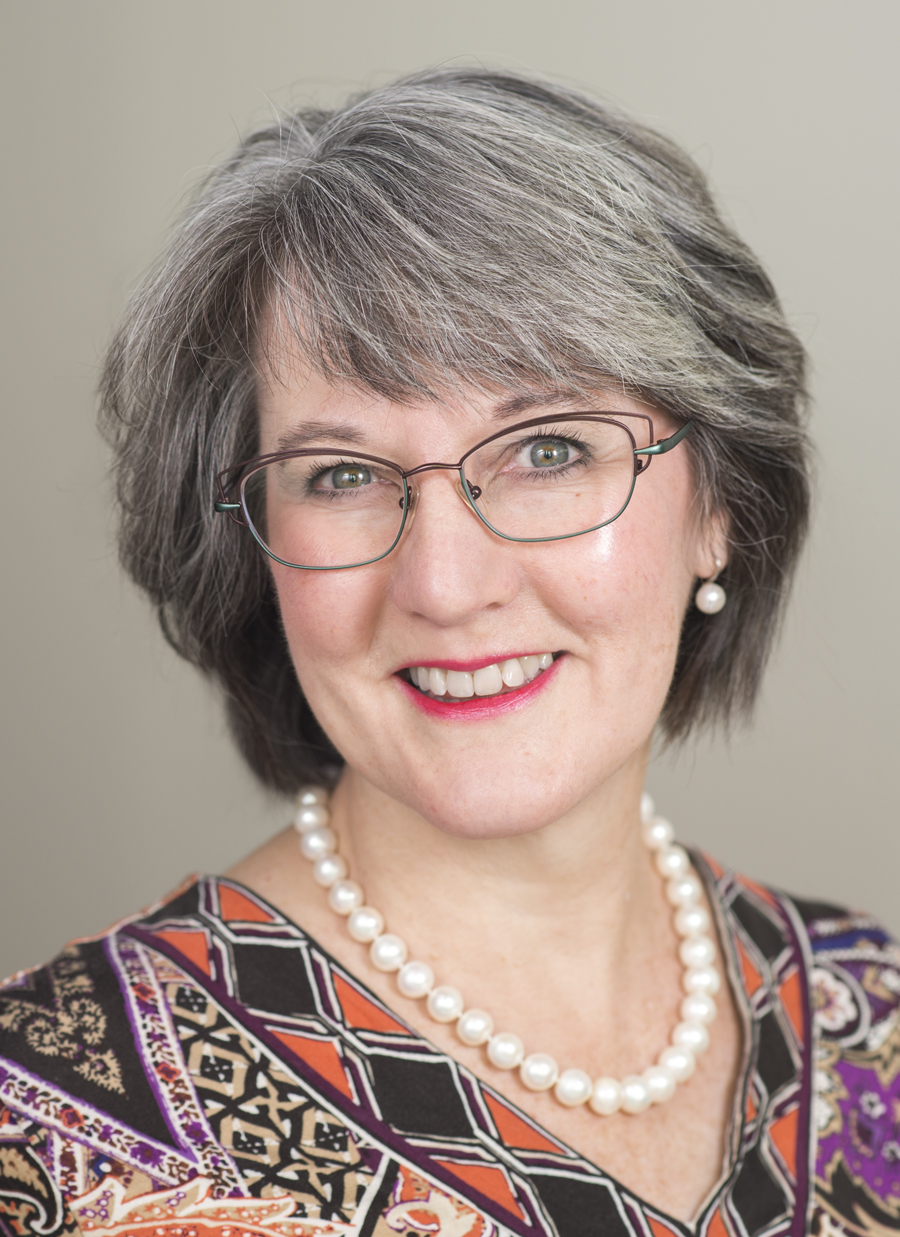 ANDREA LILL is excited to be performing with Landmark Musicals. She has enjoyed community theater with her older two daughters for over 13 years, including performing in White Christmas twice, 9 to 5 and Adventures of Tom Sawyer (Aunt Polly). She is thrilled to have the opportunity to work on a production with her real-life immigrant daughter, Sarah Maurice! A special thank you to Art, Darby, Myra, and Louie for giving her this opportunity. PHILIPPIANS 4:13: I can do all things through Christ who strengthens me. 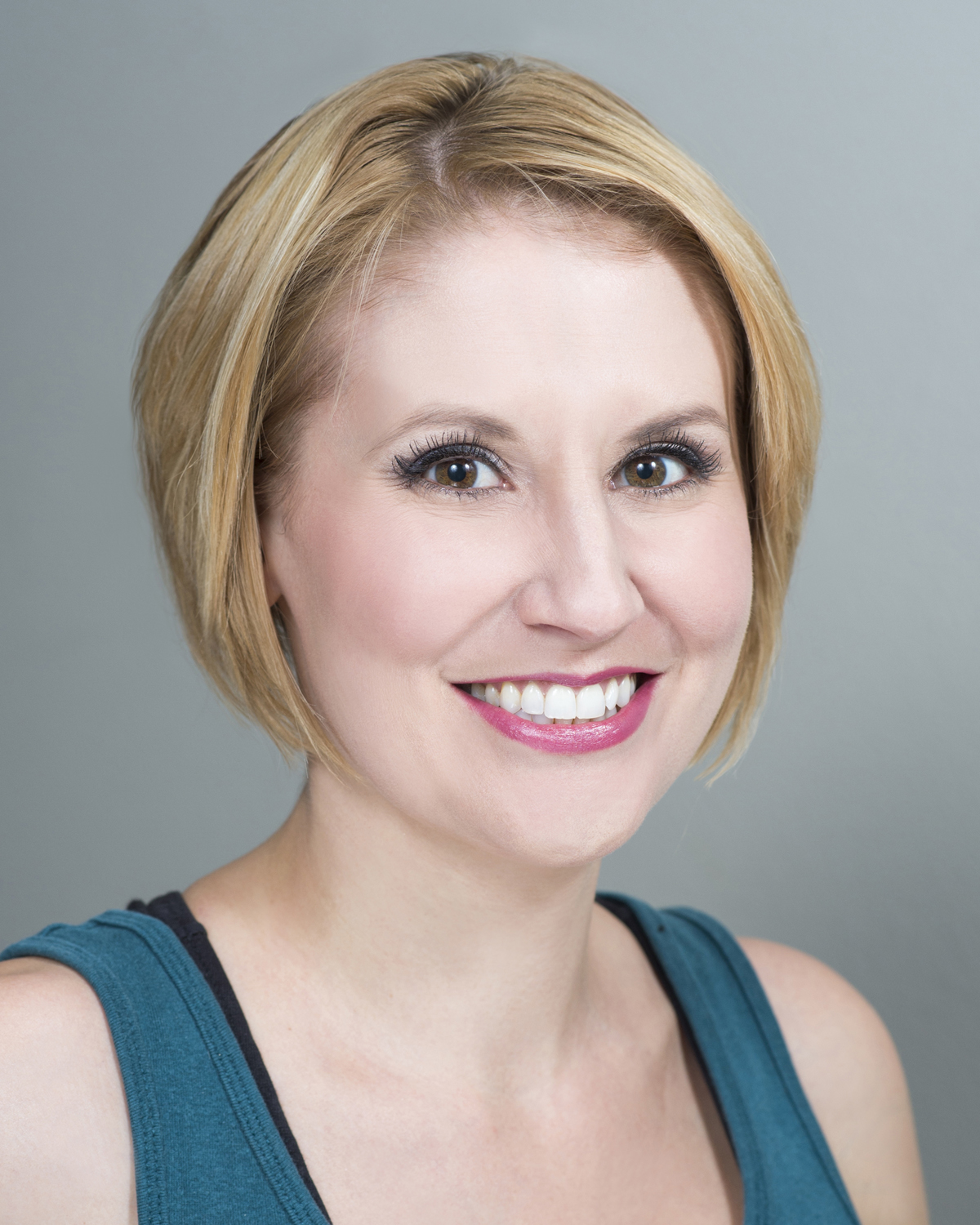 ANDREA RASCON-THORPE is thrilled to be back on stage after a long break to focus on social work and becoming a new mom. Although she has not performed in a musical in the last few years, she has sung with On Q Chorus and her voice teacher Delereen Hafenrichter. Andrea thanks her entire family for their support, but especially her husband Ryan. “I don’t know what I’d do without you.”

ANDREW MORRIS is a student at the Public Academy of Performing Arts. Landmark’s Oliver! was his seventh play. Past performances include Oz!, Mulan Jr., Puss in Boots, and A Thousand Clowns at the Adobe. He’s a tenor in the Albuquerque Boy Choir and plays the ukulele.